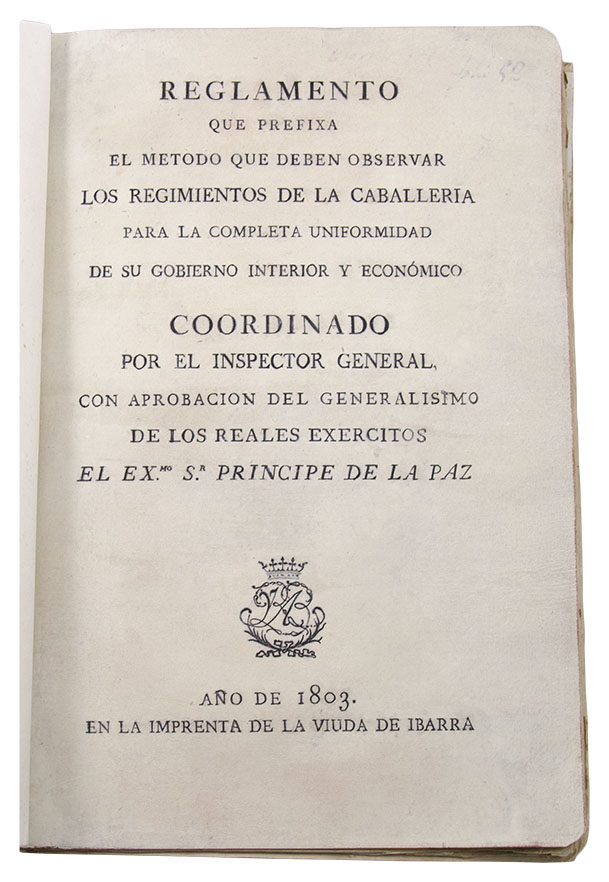 Regulation that prefixes the method that the Cavalry Regiments must observe for the complete uniformity of their internal and economic government coordinated by the Inspector General with the approval of the General of the Royal Armies, the His Excellency the Prince of Peace. Year 1803. At the Ibarra Widow's Printing House.

New Regulation for the Cavalry of the Army, approved by H.M. Year of 1803. In the Printing House of the Widow of Ibarra.

In 1802, a year before this Regulation, the first resolutions restructuring the Spanish Cavalry had been published. But it was with the Regulations drawn up by the Inspector General of the Cavalry, Diego Godoy, that it was transformed in all its structures. The provisions radically modified its composition, its internal government and its economic functioning.

The provisions, according to operational possibilities, extended to all the domains of the crown, including its overseas lands. So our viceregal regiments also had to adapt to the new regulations.