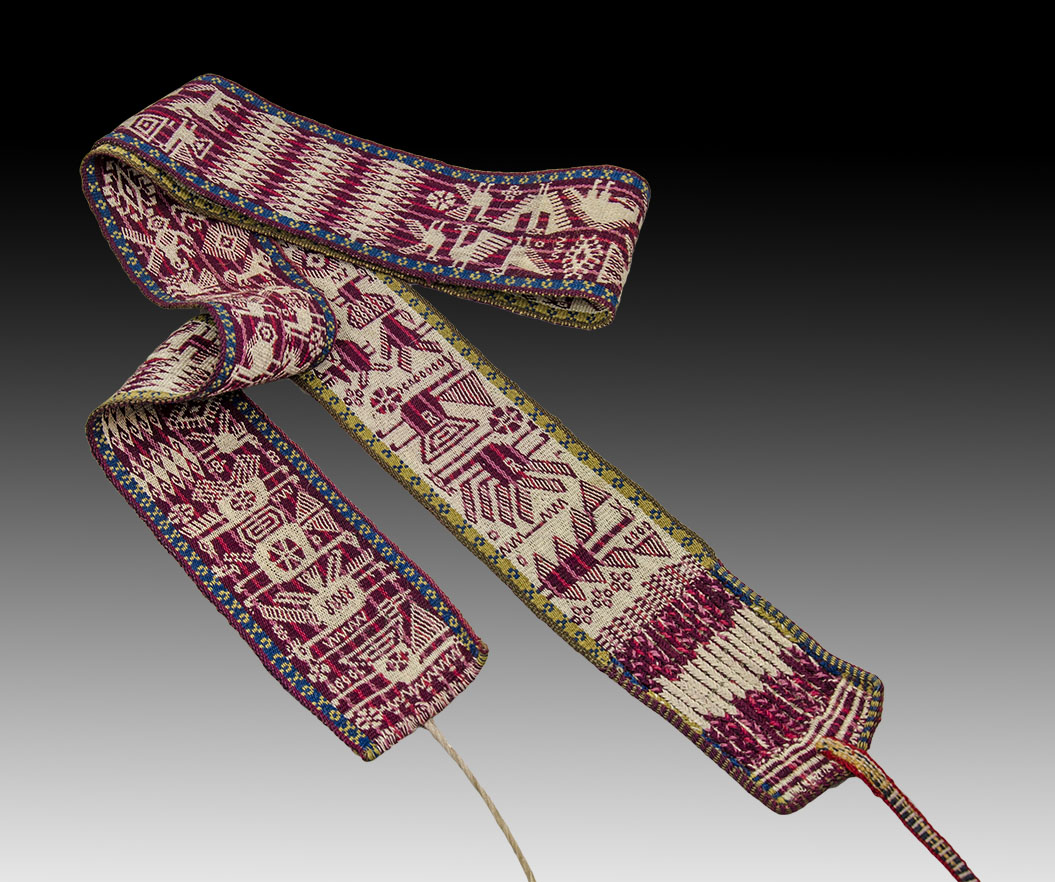 Garment woven with real alpaca fiber, dyed with cochineal scarlet. It was made on a stake loom, with the complementary tubular warp-faced; of double cloth, like the pampas girdles. The alpaca fiber used comes from their high mountain herds, raised at 3700/4400 m. tall. For that reason it is that they achieve such fine handmade yarn. Measurements. Length: 180 cm / 70.86 in. Width: 9 cm / 3.54 in.

The ornamental designs of this piece refer mainly to the representation of birds, horses and the characteristic hooks, although their ceremonial use is reflected in the ñawi (eyes), diamonds from which rays radiate, similar to an inti (sun). This figure of the ñawi, analogous to those observed in strips of Huancavélica, Peru, has also been called qocha (lake) (1), so its inclusion in the designs has a strong symbolic character linked to the beginning of life, idealized representation in the characters Manco Capac and Mama Ocllo emerging from Lake Titicaca.

The virtuosity of the craftswoman is evidenced in the completion of the two-color flat braid fringes, joined by sewing and framed by a perimeter trim.

Charazani is a region located north of Lake Titicaca. Its population is mainly of Quechua origin and the dynamics of its ornamental designs is characteristic.