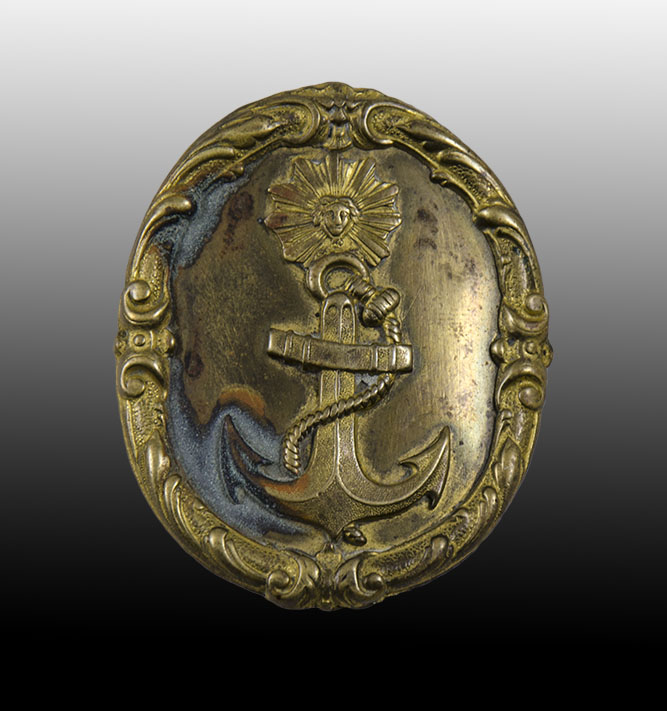 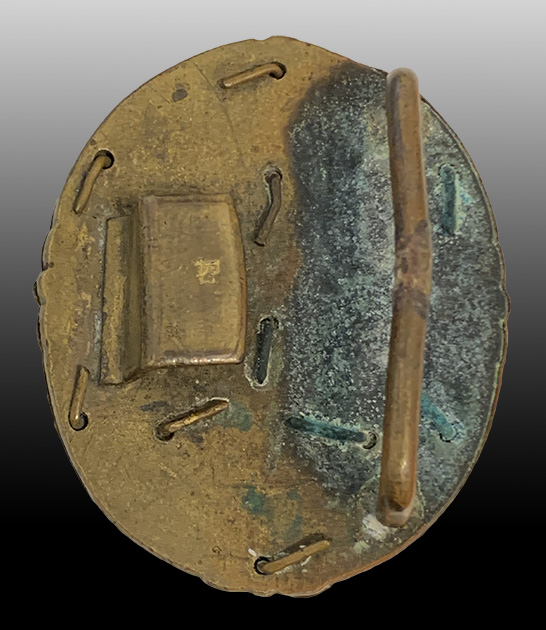 It was used by Argentine naval officers in the 1880s and 1890s. For example, a photograph of Admiral Enrique Howard, a Paraguayan warrior, shows him with this buckle on his belt. The image -provided by the Uruguayan historian Alberto del Pino Menck- shows us the sailor in a gala suit and a bicorn, and wearing on his chest the decorations for his participation in the war of the Triple Alliance; one of them, the one granted by the government of Uruguay. (See previous lot).

Also based on the information provided by del Pino Menck, we are in a position to explain that in a manner analogous to Howard's, his use is noted in the dress uniform of an officer of the Uruguayan squad (the researcher brought us another image with the military Oriental). It was used in the period 1880-1912, as a British model was later adopted and continues to be used in the Naval Academy. In Argentina it changed in the middle of 1890 when another regulation was approved, but Howard still in 1894 or 1895 (the Uruguayan medal indicates it) still uses that model. (1)

1. Information provided in personal communication by the Uruguayan historian Alberto del Pino Menck, whom we thank for his kind contribution.