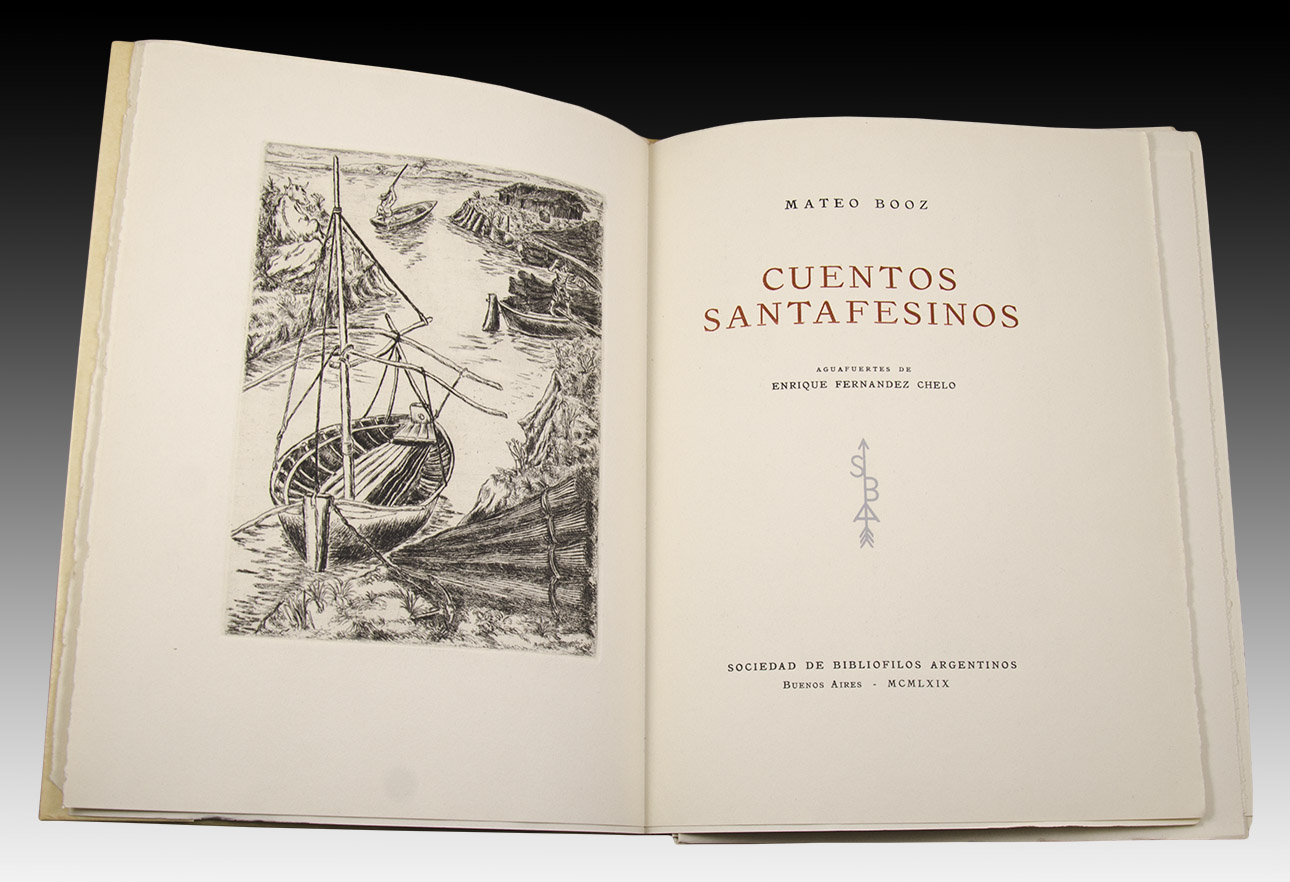 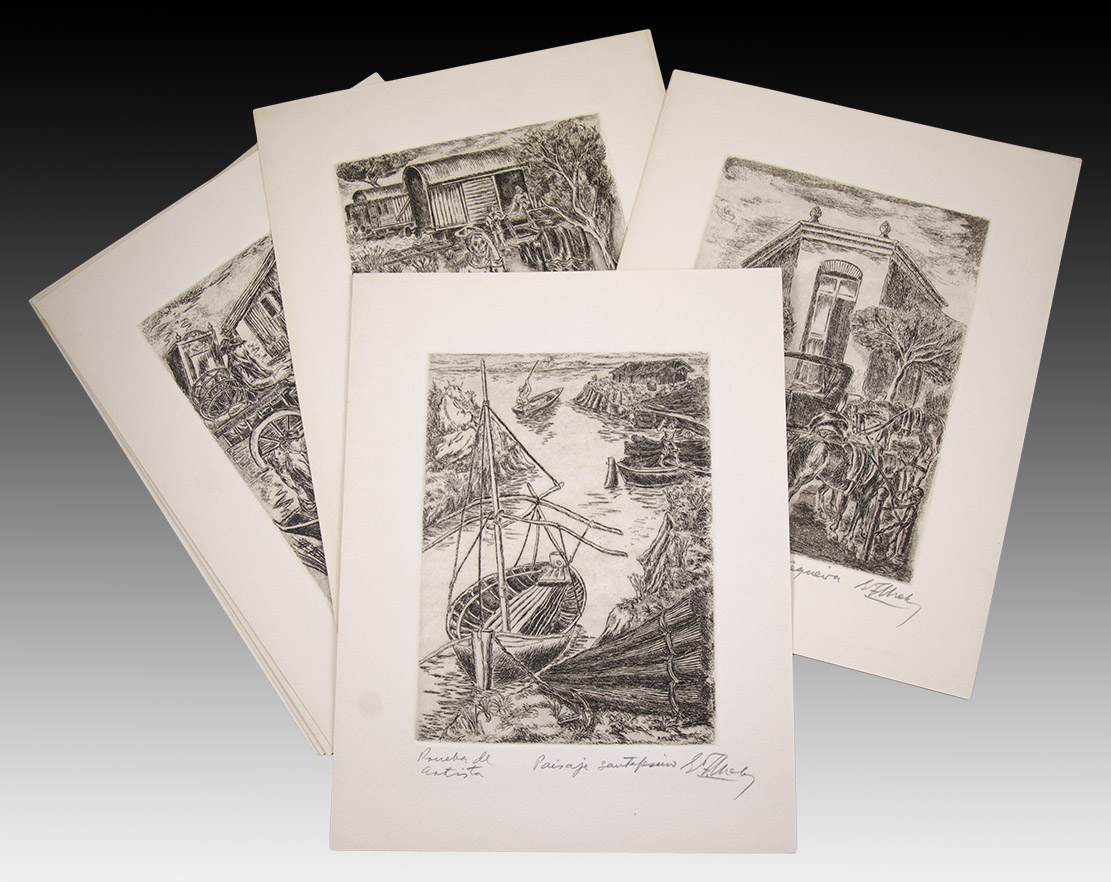 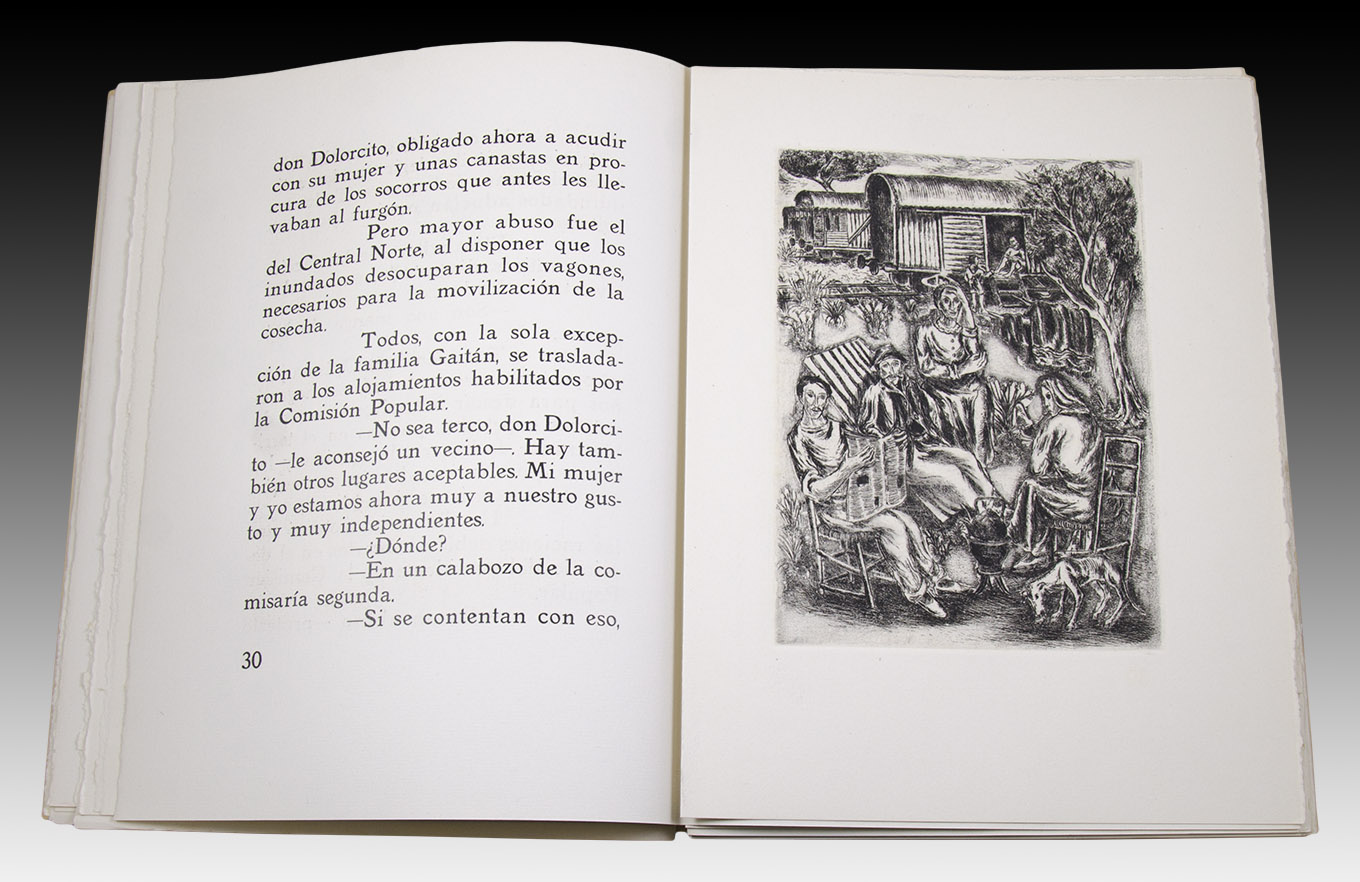 Folio (30.5 x 22.9 cm), 91 pp., includes Half title, Frontis and Title page, plus 8 sheets. The 7 etchings and three vignettes were made especially by E. Fernández Chelo. Copy number D, nominative, for the illustrator, of the one hundred prints. Work in excellent condition, with the suite of seven etchings and three vignettes, artist's proof, titled and signed in graphite pencil by its author. With a guard folder, with its title on the spine of it.

It was edited by the Argentine Bibliophile Society, initiating a second cycle of Argentine short stories. It includes the stories "Los Inundados", "El Ruano de Manzanares" and "El Finado Cequeira".

"Santa Fe is the domain of Mateo Booz from Rosario, the Santa Fe of his days and his bygone days," Arrieta says in his "History of Argentine Literature." His real name was Miguel Ángel Correa (Rosario, 1881-1943), he was a poet, playwright, novelist, held government functions in his province, and directed and wrote political newspapers.

Enrique Fernández Chelo (Buenos Aires: 1907 -), Argentine painter and engraver studied at the Ernesto de la Cárcova Superior School of Fine Arts. He participated in the National Hall from 1932 and in Buenos Aires, he exhibited at Amigos del Arte (1931), Müller Gallery (1941) and Salón Peuser in 1947 and 1951. In Rosario, at the Amigos del Arte gallery in this city and in Córdoba, in the Municipal Museum of Fine Arts Genaro Pérez (1944). He won numerous awards, among others, the First Prize for the Ensemble at the International Exhibition in Paris in 1937 and the First Prize at the Salón Sanmartiniano in 1950.