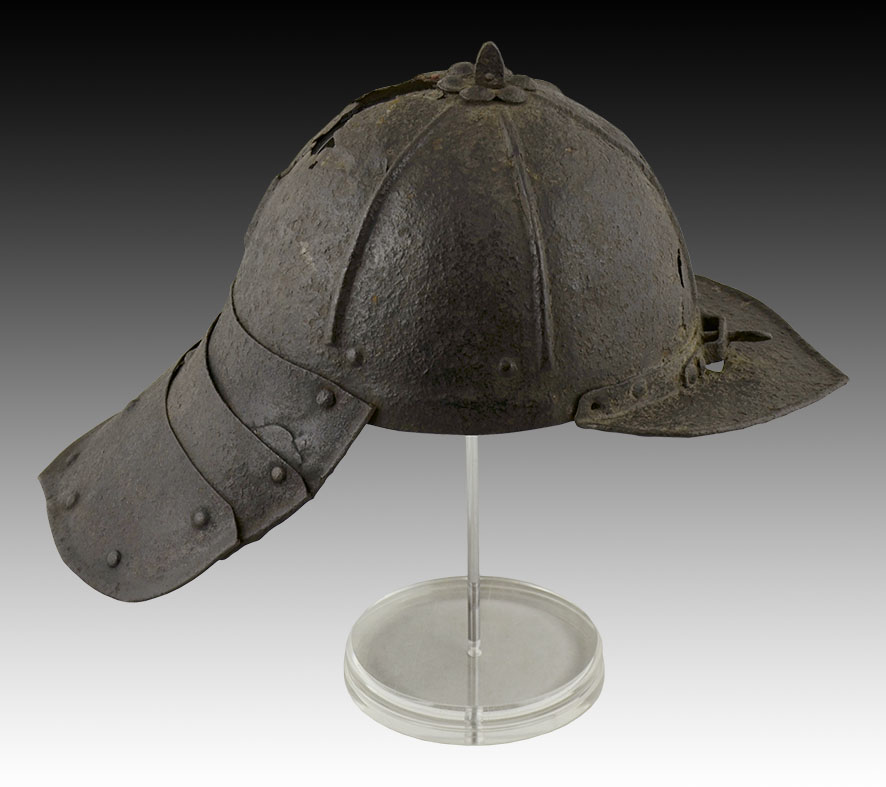 Wrought iron The head protection, shaped like segments, has a tear; perhaps, product of the passage of time or a blow in combat. In the center there is a flower forged also of iron, from which the ring (absent here) was fitted, destined to fasten it to the belt. It has its visor although it lacks the protection of the nose. The defense (of the neck) on the nape, formed by three blades, associates it with the tail of the lobster, origin of its popular name.

At that time, warriors protected their ears with leather strips that remained suspended on the sides of the helmet. With the use they cracked, cut and lost.

Seeing it awakens emotions. It was used in the uprisings led by Oliver Cromwell (1599 - 1658), who managed to create the Commonwealth of England along with Scotland and Ireland, plus the overseas possessions, which he ruled with the title of Lord Protector from 1653 until his death.