Twenty-three years of solitude or the closure of the Museum of Contemporary Art in Caracas. 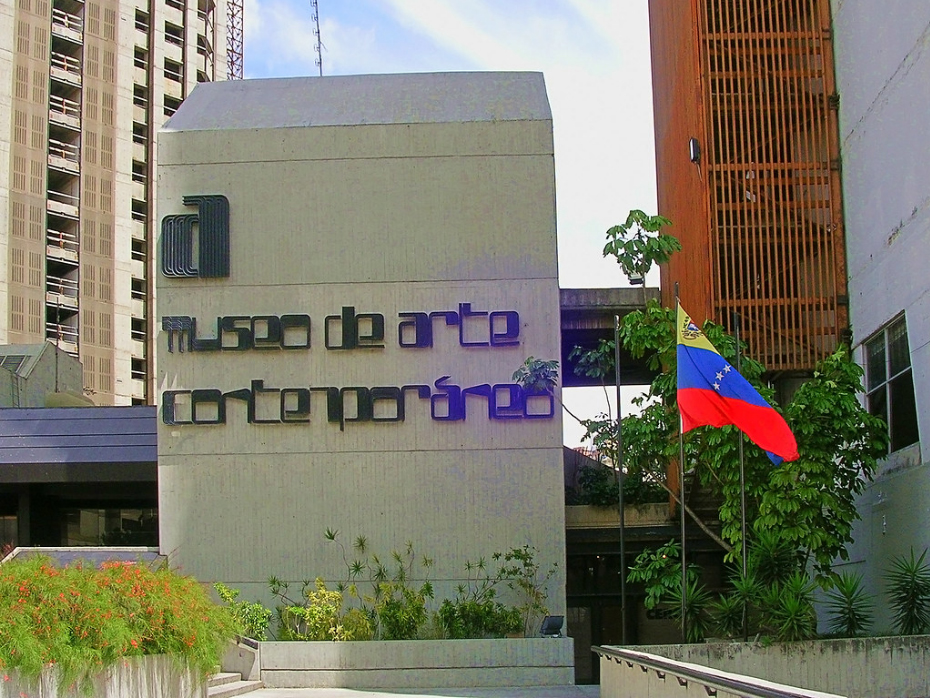 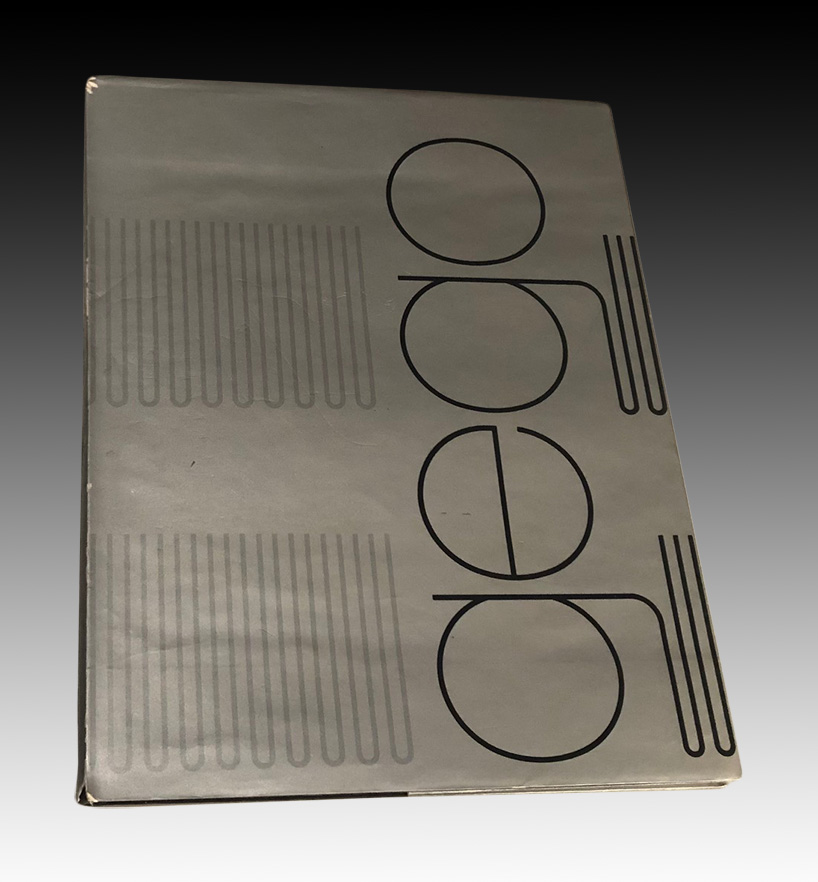 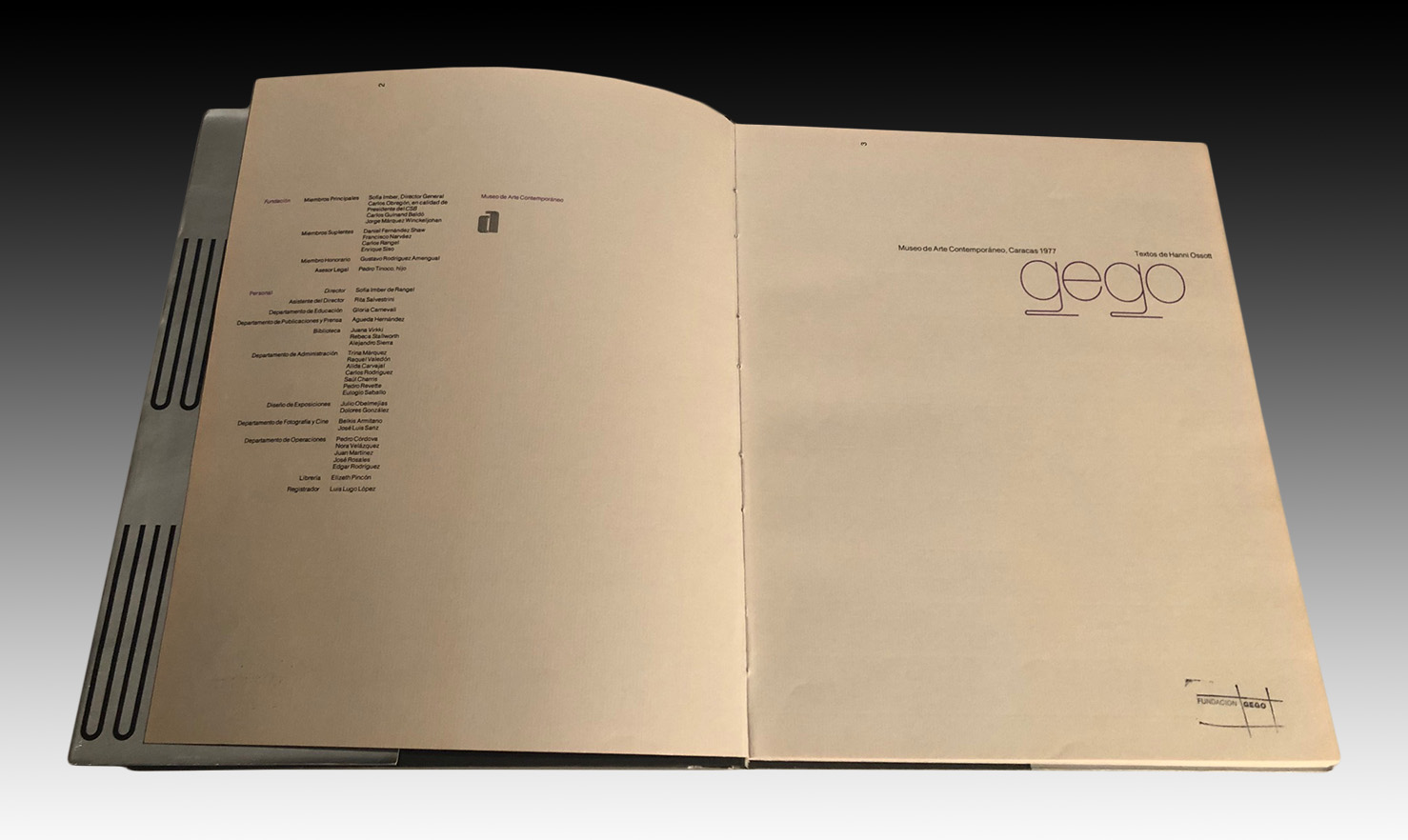 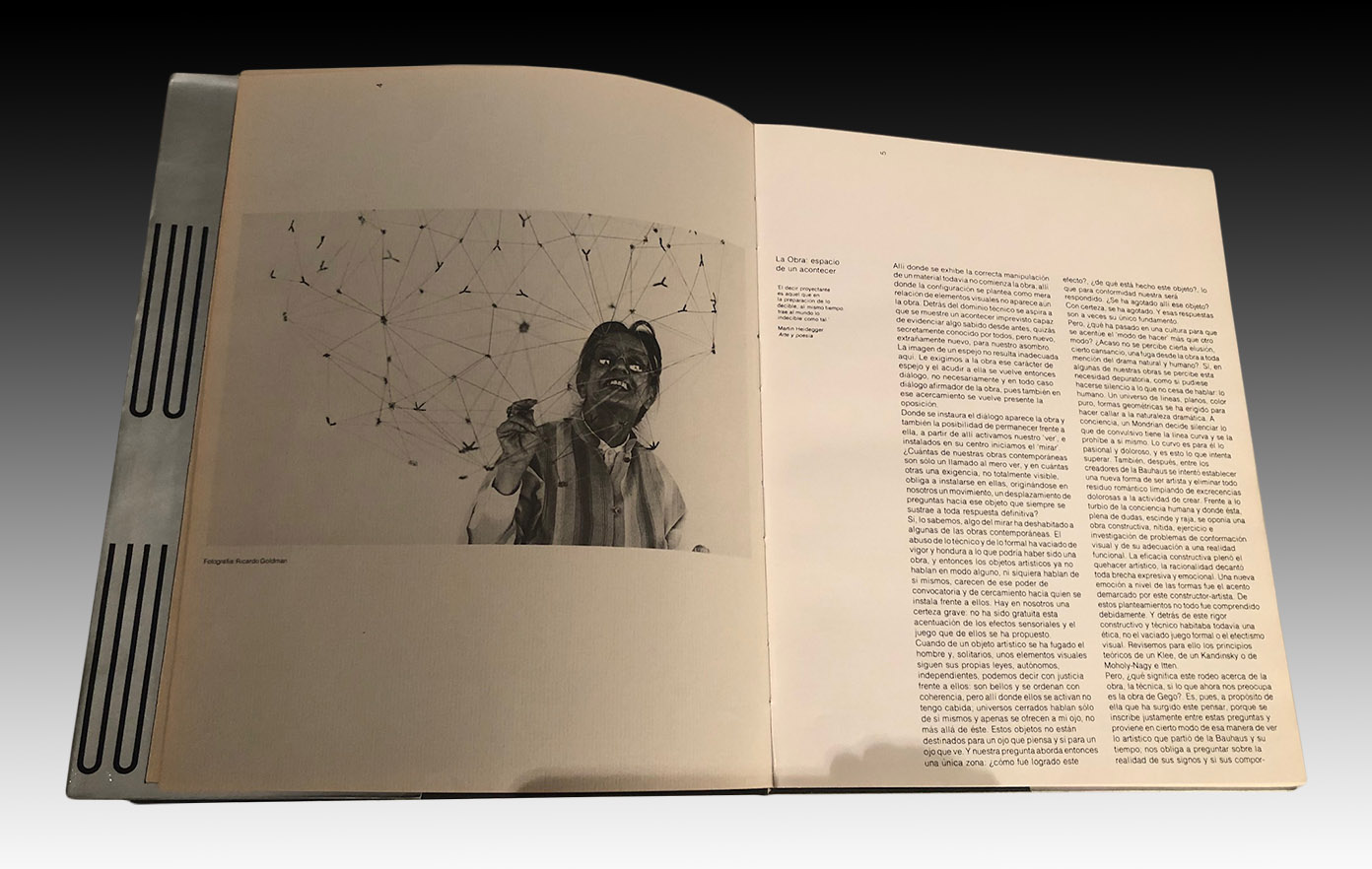 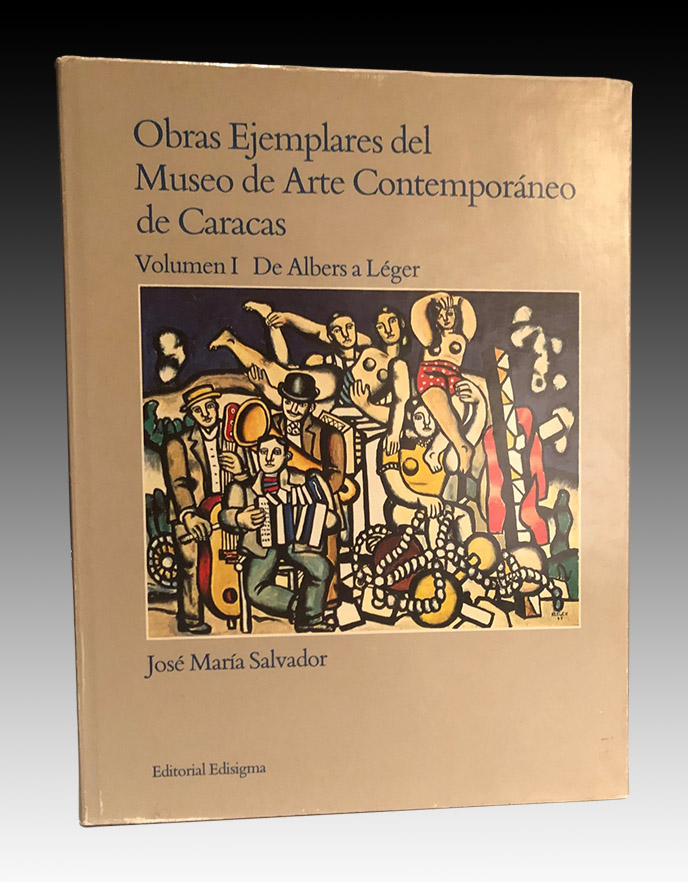 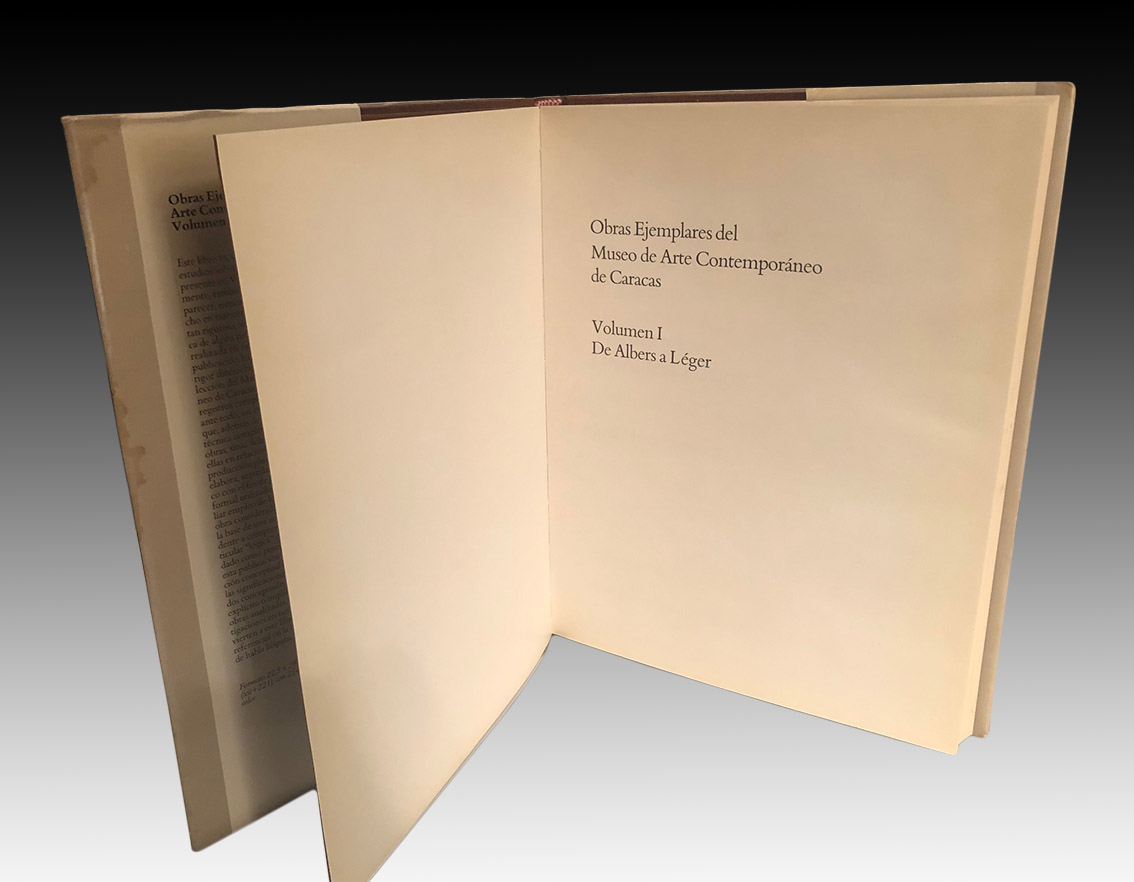 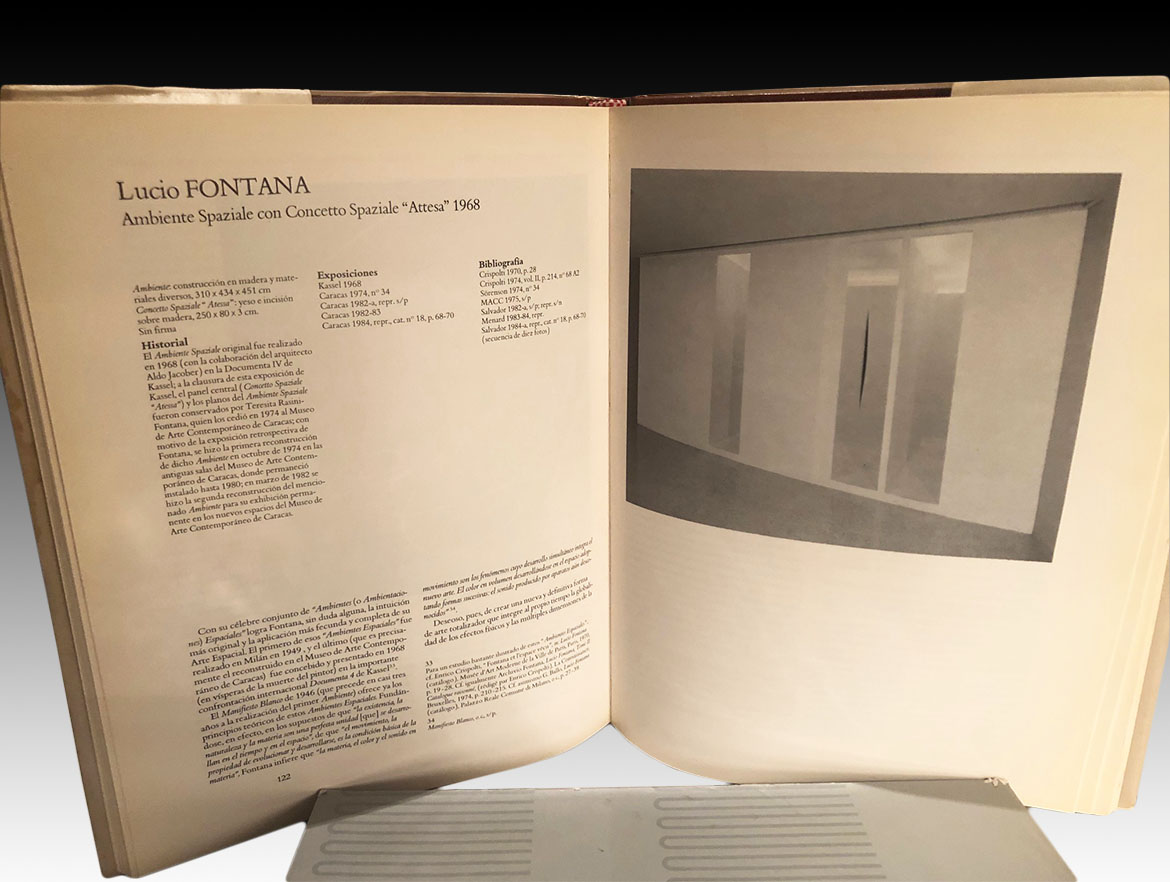 Freelance writer and curator based in Brooklyn (USA). She was artistic director of Malba (Museum of Latin American Art of Buenos Aires), director of visual arts and chief curator at Americas Society (New York) and assistant curator at the Museum of Fine Arts Houston.

The last time I went to a Venezuelan museum, I visited the Museum of Contemporary Art in Caracas, whose logo was conceived by the designer Nedo and whose stores had bags and tissue paper specially designed to wrap their products with the stamped image of Gego's Reticulárea . This day through the dilapidated space of the museum reminded me of a tragicomic article written by Gabriel García Márquez during an eventful work period in Caracas prior to the publication of the novel One Hundred Years of Solitude, where he said that he had to shave with the liquid of a canned juice the water supply in the building where he lived was cut off.

It has been said on social networks that the Museum of Contemporary Art closed operations last Sunday, December 12. Then it was announced that a room is still open and that the government has signed a cooperation agreement with an international biennial. I appeal to an excursus: Gertrud Goldschmidt, better known as Gego, a German-Jewish artist similar to Mira Schendel, had the first retrospective of her there in 1977, just created this museum that she directed for almost five decades and with an iron hand Sofía Imber . (1) Years later, Robert Rauschenberg presented the ROCI (Rauschenberg Overseas Cultural Interchange) project there and, according to the artist's archive, it was one of the few institutions in Latin America capable of displaying his work due to the conjunction of an excellent infrastructure and professional work management. Years later, the "Contemporáneo" was the institution that organized the Marisol retrospective. Gego and Marisol's works are on permanent display in global museum collections and their legacy awaits one-man shows soon to take place at the Albright Knox Art Center and the Guggenheim Museum. It was also there that Alexander Apóstol made his first solo exhibition on queer sexuality and the ravages of AIDS.

The purpose of my visit to the Museum of Contemporary Art in Caracas, in addition to recognizing myself in the memory of the works that I have known since adolescence, was to write a conference for CIMAM (2) on the state of Venezuelan museums. As soon as I started walking through the gallery where Pablo Picasso's Suite Vollard used to be installed (and at that time it was), I noticed that the space was in dim light because almost all the lamps were burned out. The room guides explained to me that there was no way to replace them because they were imported and there was no money with which to buy them. The air conditioning also did not work in another room where a leak hit the floor in a corner near a work by Cuban artist Ana Mendieta. The choirs of a crowd singing karaoke could be heard from the auditorium. The auditorium, by the way, was the only place where a high concentration of visitors could be seen. The rest of the museum looked like a faded ruin from another era, imprecise, bombastic, with some residual element left over from the museological protocols, including some room texts written with a slight social stamp. I recently heard a Venezuelan academic based in New York speak about the continuous flooding that occurred in the parking lot of the Central Park complex where the museum is located. An anaconda from the Amazon is said to have nested there.

More than a decade ago, by decision of a Minister of Culture, the collections of national museums were brought together regardless of the profile of each institution or the specificity of its mission. It was also recommended to do without curators and specialists. That is, the Museum of Contemporary Art of Caracas, in theory, could present the collections of the Museum of Natural History, geographically located in a nearby enclave. This administrative decision could become a progressive and even radical gesture, if we followed the decolonial logic of an art biennial. This would only be in the hypothetical case that Venezuelan museums had adopted the merger of public collections to place a critical look at the Western canon and rethink it in terms of presentation modalities in a more inclusive and complex world, whose modernities have been provincialized and today they exalt the local and include the symbolic production of minorities ignored by the white Euro-American patriarchy. But the museum script that I managed to see then, both in the "Contemporary" and in the new headquarters of the National Art Gallery, did not take that direction but that, chronological linear, that we knew during the Fourth Republic (period before Chavismo) but with readings of ideological bias on the collection.

Added to this confusing panorama is another, more recent episode, which occurred thanks to my participation as the author of an essay and speaker in the exhibition of Venezuelan informalist art, organized at the Museum of Fine Arts in Houston, where a significant number of works from the collections of the national museums were selected in the list of works. The curators Mari Carmen Ramírez and Tahía Rivero, former director of the Alejandro Otero Museum, were forced at the last minute to redesign the walls for the inauguration in order to fill the voids left by the paintings and sculptures of the national museums that never arrived. Said exhibition of historical review of the 1960s, formulated from a critical perspective of the visual culture of petro modernity, has perhaps been the only extensive exhibition of Venezuelan art that has been carried out in the last ten years in an institution outside of Venezuela. (and I dare to think that inside). I wonder what will happen today with the National Art Gallery and the museums of Fine Arts, Alejandro Otero, Cruz Diez de la Estampa y Engrabado, Popular Art, of children, Arturo Michelena, of Natural History, of the West (Jacobo Borges), among the many that operate in Caracas. It is also hard to imagine what will happen to the museums of the interior in cities such as Ciudad Bolívar, Mérida, Maracay, Maracaibo and Pampatar. Have these institutions acquired the work of Venezuelan artists produced after 2000? How many of the Venezuelan artists have left? How many Venezuelan curators live outside the country and hold positions in museums in the United States or wherever they are hosted? What exhibitions of contemporary artists have been held in the country and how many publications have been produced?

The answer I imagine evokes a twilight verse from Kafka: you are forever speaking of death, and not dying. But the swan song of the Venezuelan museums has a present, if you like discreet, modest and diminished, in accordance with the absence of public spaces dedicated to the visual arts: The TAC room, the Mendoza room, the Galpones de los Chorros, the Drying houses of the Trinidad and perhaps others that escape me. The general public and the surviving educated middle class who still row in a few pools of oil stopped visiting museums to move the ritual of the muses to spaces located (and besieged) in shopping malls in residential areas, where the presentation of art has mutated to manifestations adapted to the kunsthalle model or manifested in temporary exhibitions of commercial galleries. Notably, the latter resist the onslaught of crypto devaluations, unemployment, dollarization of the economy, state violence, isolation and rampant crime, gross and brutal products of poverty when associated with corruption and the devastating pandemic the most precarious places. The rest of the Venezuelan national museums, administered by a regime that is supposed to serve the popular, also fails to convene the school tours of basic, middle and higher education that used to reach respectable figures when I worked in one of them. The enormous school dropouts, the COVID and the lack of interest of the Bolivarian military regime in promoting a pedagogy of art and culture have evicted children and young people from them. The same happens with public universities, turned into zombie entities stripped of budget and life itself.

By contrast, the small private cultural centers, although with public agendas, are the stronghold of a country that is prestigious by a sector that has had the Arts Integration Project of the Central University of Venezuela and the symbolic contribution of artists from the importance of Armando Reverón, Jesús Soto, Gego, Alejandro Otero, Elsa Gramcko, Barbara Brandli, Carlos Cruz Diez, Los Disidentes, El Techo de la Ballena, Jacobo Borges and some talented contemporary who managed to get a professional space outside the country.

Before turning off the elegiac machine of the fragmented nation in exile, with six million citizens who have left the country after twenty-three years of misgovernment, I must mention that in addition to the spaces of resistance that still survive in Caracas where gasoline is rationed and the famine rampages, there is, above all, an important set of patrimonial works of art that requires an adequate management to its value. Said works belong to the Venezuelan nation like any asset of Petróleos de Venezuela. I wonder where and in what condition they will be, given that they have stopped circulating in full, and who will be in charge of their integrity and custody.

2. CIMAM: Reported to the International Council of Museums (ICOM), it is an International Committee for Museums and Collections of Modern Art; a forum for discussion on collections and exhibitions of modern and contemporary art. Its members (the majority directors and curators of modern art museums) participate in the annual meetings.