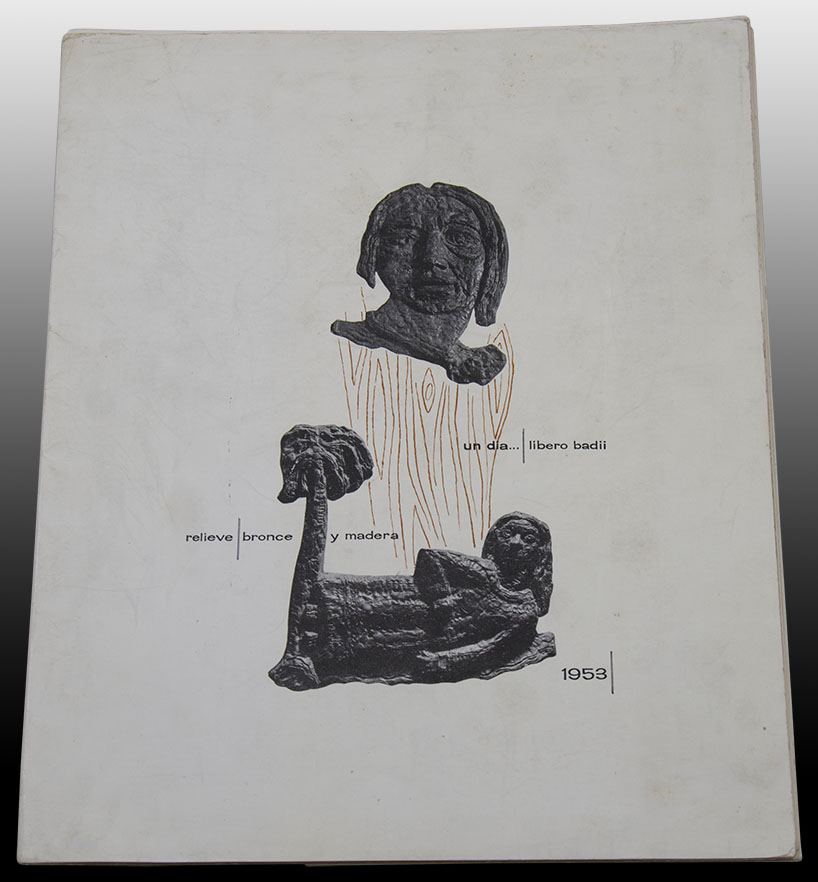 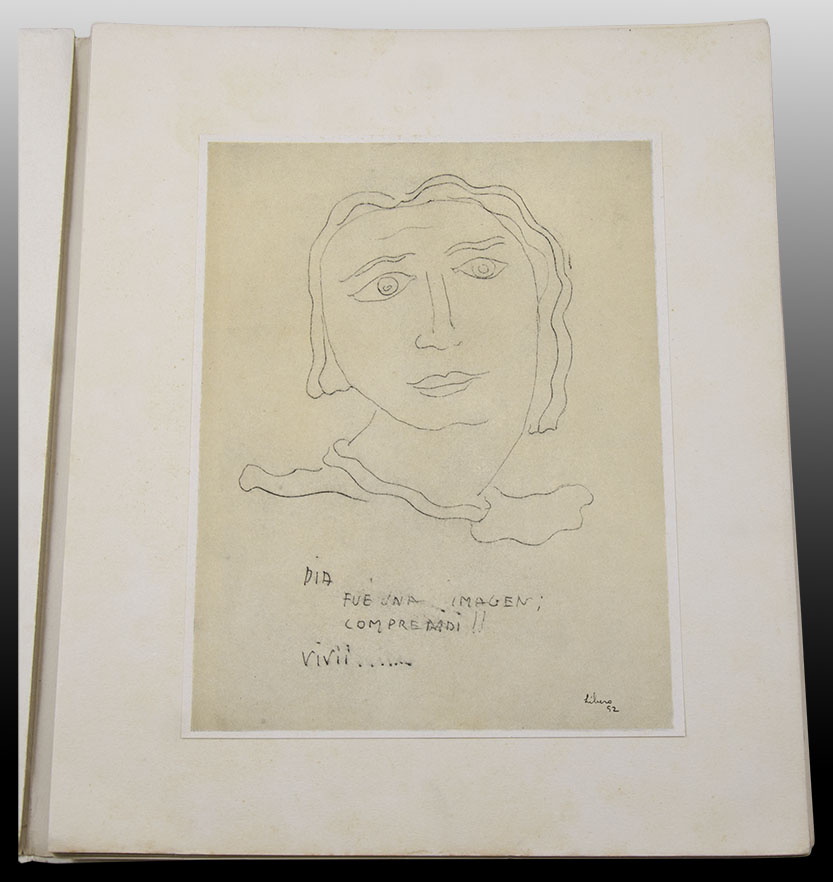 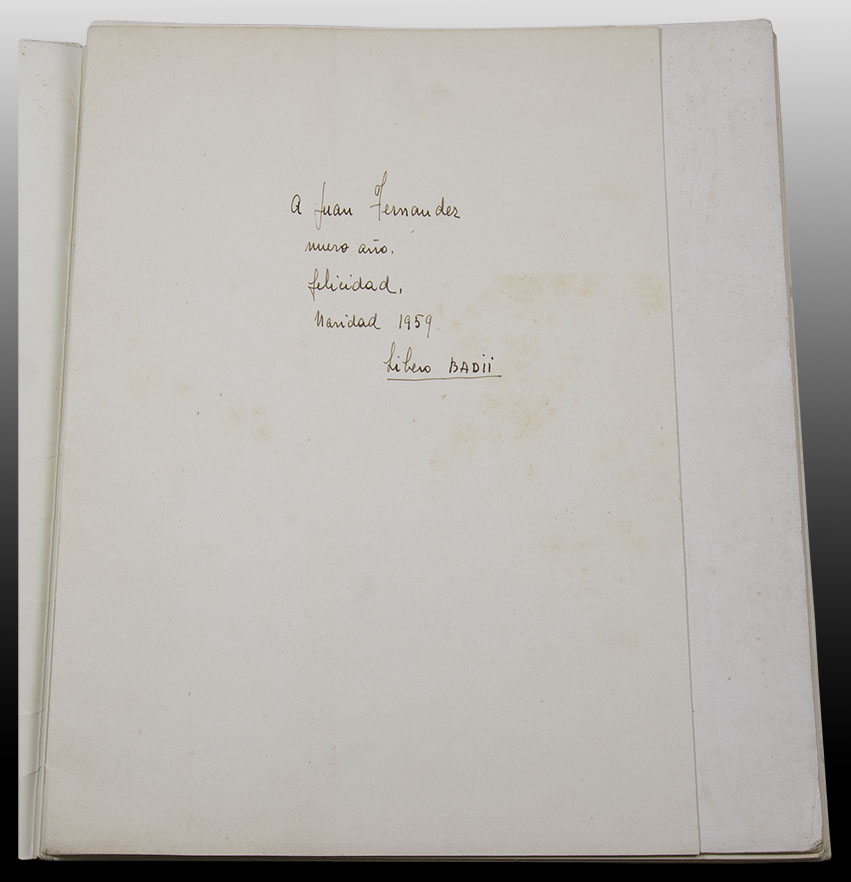 Quarto major (29 x 24 cm), 1 sheet handwritten and signed, 2 sheets, Plus 7 plates with engravings, 1 sheet with the colophon. Copy number 35 of a circulation of 50 out of trade; another 100 were printed and did go on sale. With notes and original signatures of the author. Publisher's binding in the form of a folder, with the sheets and loose leaves inside. Piece in good condition.

The work stems from his trip through the countries of the South American highlands, a whole year renewing myself and looking for a perfect reason to continue. After that experience, Badii traveled to Europe and upon his return, he took to bronze three of those works inspired by that South American itinerary in bronze. But dissatisfied, he continued the search for him until the bas-relief called ONE DAY was born. It was the work of academic breakdown, the author will say. In 1952 I made these drawings looking at said relief, it was a pleasant memory of what I now gather in this folder. (1)

Libero Badii (Arezzo, Italy, 1916 - Buenos Aires, 2001) was an Italian sculptor, draftsman, printmaker and painter, naturalized from Argentina. Son of an Italian marble maker, his first approach to the noble stone was working in the workshop of his father. A winning lottery ticket allowed him to realize his desire to study art, entering the Superior School of Fine Arts Ernesto de la Cárcova. Upon completion, his high grades earned him a travel scholarship in South America.

In 1962 he presented a retrospective exhibition at the National Museum of Fine Arts, in 1968 he exhibited at the Di Tella Institute, in 1977 at the Museum of Modern Art in Paris. In 1959 he won the Palanza Prize, in 1971 the San Pablo Biennial National Prize, in 1982 the Grand Prize of the National Endowment for the Arts, and in 1987 the National Consecration Prize. He was appointed a member of the National Academy of Fine Arts. His work is represented in the most important national museums and at the MOMA in New York.

1. The relief was presented in the Municipal Hall in 1953 and is currently in the Museum of Modern Art in Buenos Aires.