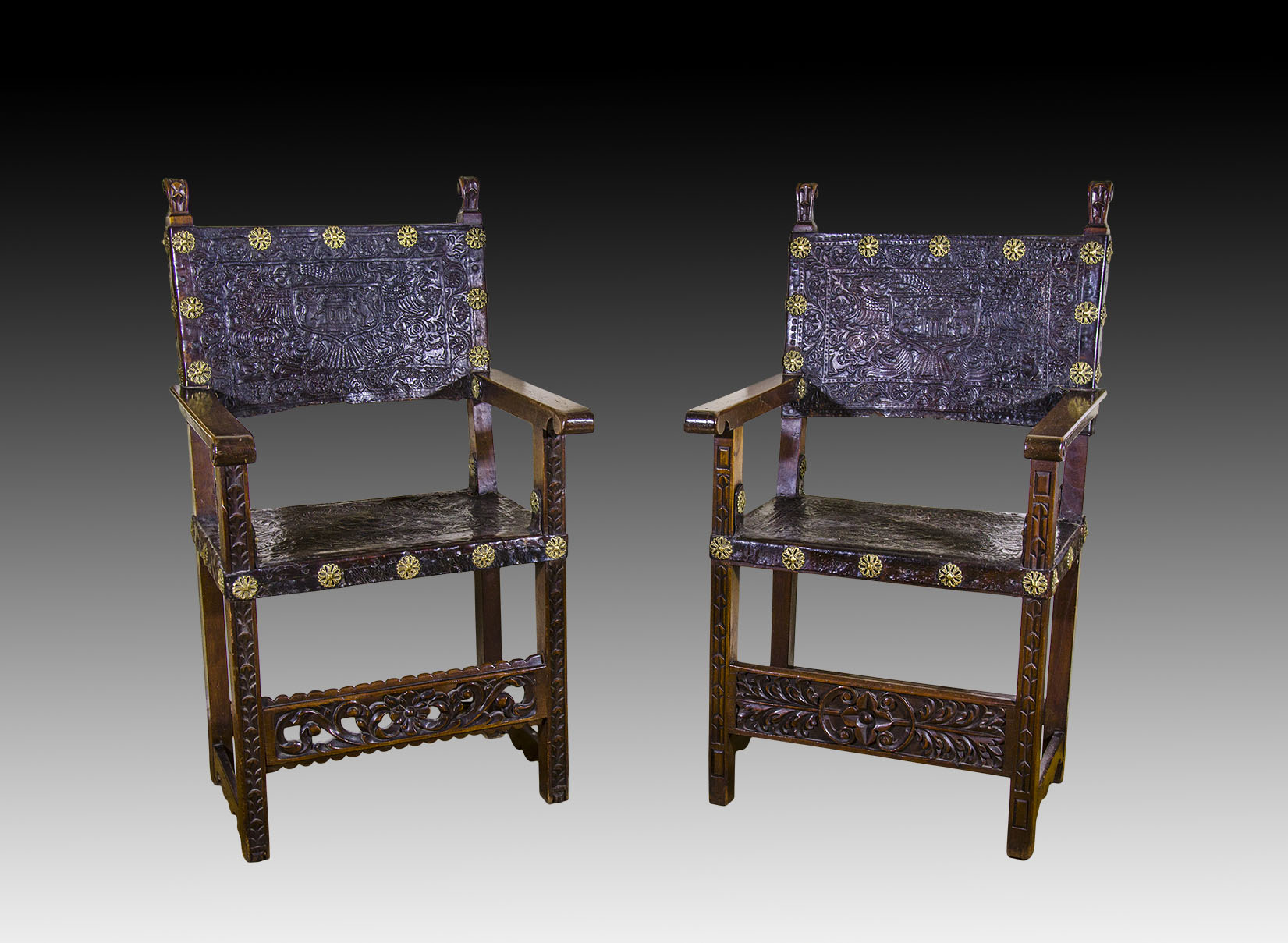 Carved in wood, with a straight back and armrests, with the original cowhide leather of the seat -both with deteriorations to be restored- and carved backs, and an important gilded nail. Although both have common features, they present small differences from each other. Measurements, very close to each other. Height: 100 cm / 39.37 in. Width: 61.5 cm / 24.21 in. Depth: 59 cm / 23.22 in.

Made in our country from Córdoba to the north and west, the work of carpenters and leather craftsmen were reflected in chairs, armchairs and trunks; In this example, with a symmetrical and non-polychrome composition in which the central motif of the back -symbolic representation of León and Castilla- is wrapped in guards and branches, flowers and curvilinear foliage, as well as two mythological animals of Baroque inspiration, motifs that with variations, they are also expressed on the seats, where we observe four birds distributed around a central flower.

Called friar or conventual armchairs, we find them from the seventeenth century onwards, simplifying their lines as time passes. In the viceregal period, beyond a few skilled artisans who crossed the Atlantic, the trades spread from the hands of some friars of the Order of San Francisco and other missionaries of the Society of Jesus; natives and mestizos learned techniques and styles that they applied in their productions for religious and civil use.