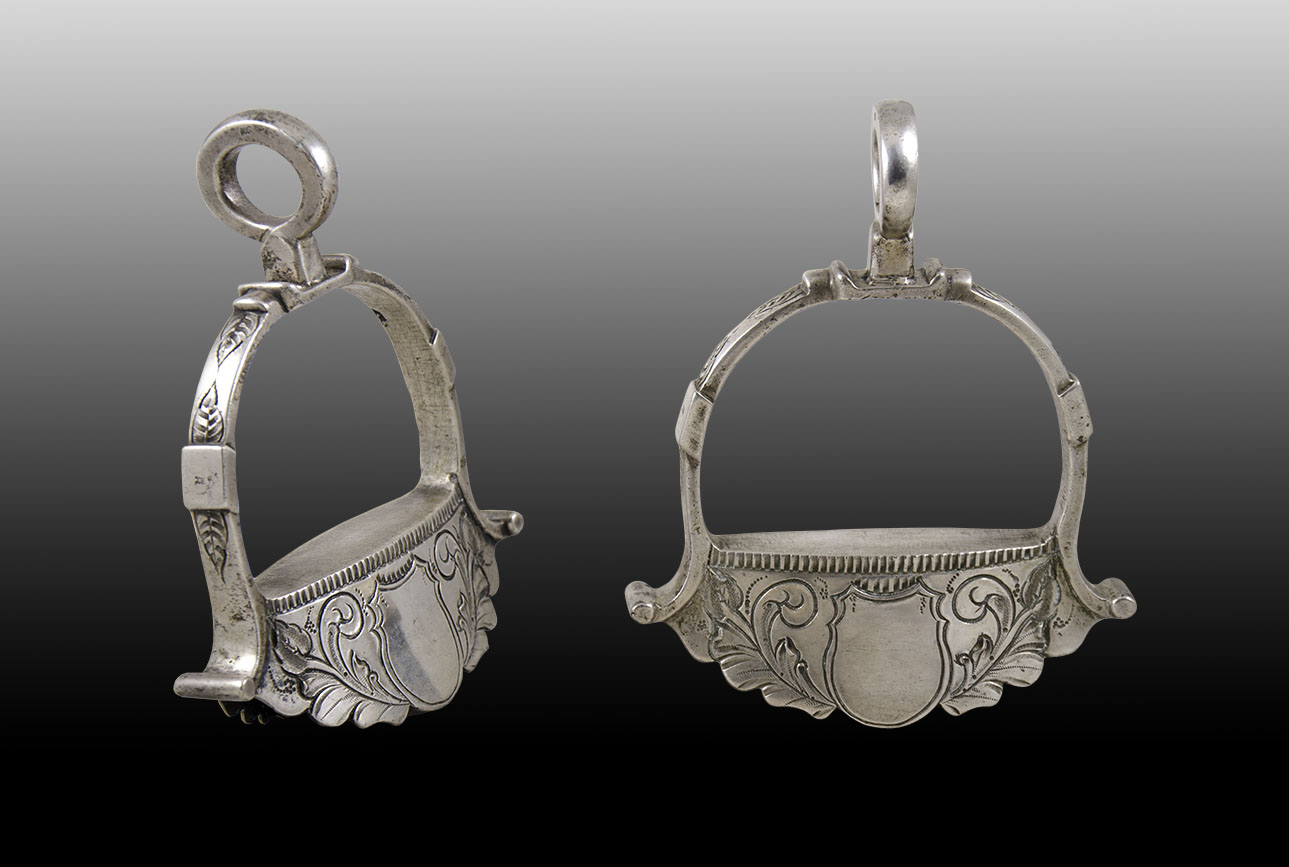 Its arch, cast, presents a rectangular smooth ferrule on each side (where the stamp of the silver title was applied: 800), with a detail of chiselled leaves with their ribs; it ends with a roller that is also smooth. The eye, transverse and oval section, also bears the title. With its smooth depth or tread, it presents its characteristic skirt with wavy lower edges, in which two branches with leaves that open to the sides were carved with great skill, and in the center, the silhouette of a noble shield intended to apply the initials of its owner, still unused. In the upper part of the skirt there is a chiseled guard with vertical grooves.

This version spread in the Buenos Aires region in the late 19th and early 20th centuries. Based on a classification suggested by Dr. Fernando Romero Carranza, they are called crown. With a thick arch and a soft S-curvature, its tread is narrow and the skirt is decorated with phytomorphic designs, initials shields or soft chiseled ornamentation. They were widely used with the errand of wands. (1)