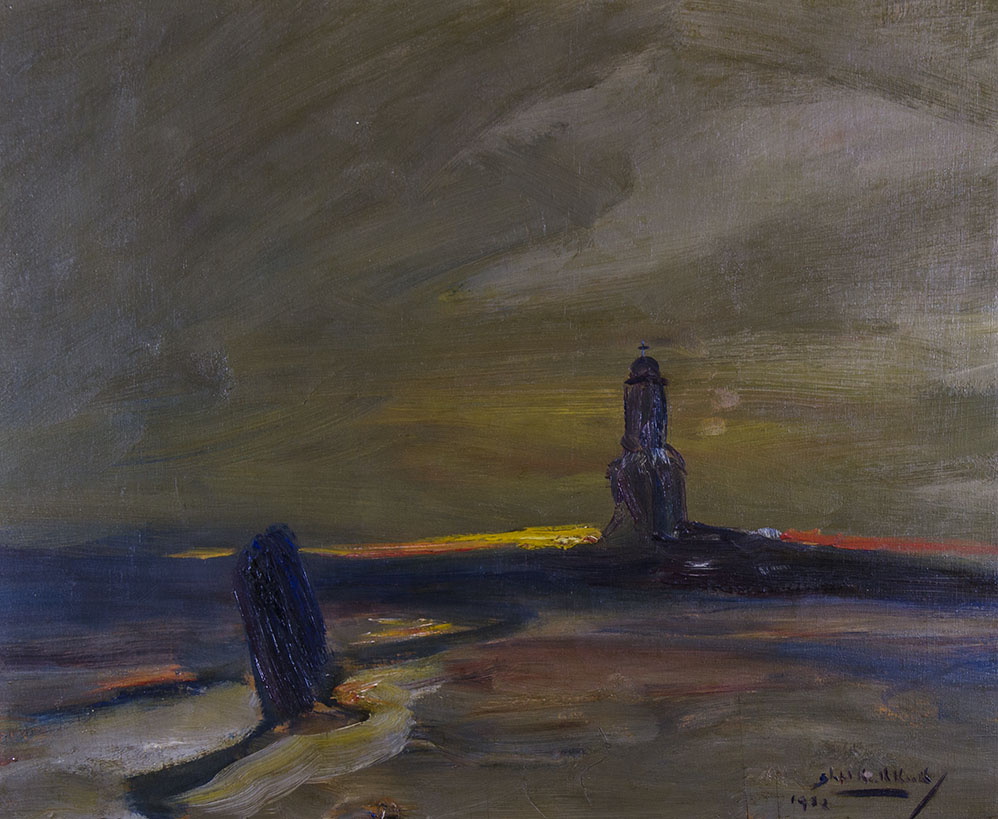 Magnificent metaphysical and symbolist character, it reminds us of the lonely climates of the Belgian painter Léon Spilliaert. In the present oil painting, only two elements stand out in the desert landscape, in front, a totemic object, perhaps a stone or a wood; behind, a church with a single tower. Both figures are already submerged in the night darkness, and their shadows are projected forward, produced by the dim light of dusk, the only source of colors, reds, yellows and some blue.

Born in London in 1887, into a family with a tradition of Dutch artists, his father settled in England in the mid-19th century. Around 1901, Koek Koek settled in Peru with relatives and then in Chile, where he began to paint. He arrived in Mendoza in 1915 and the following year he settled in Buenos Aires, but continued traveling through the region. Alcohol and morphine marked his life, and his impulse in the way of painting, which he came to execute on wood torn from the furniture of the boarding houses where he lived.

His work, which had a notable impact in the 1920s, is not only marked by madness but must be thought of as an active tradition of the affairs and themes of Dutch painting on the margins of the world.

Until the end of his life, close to this work, he held individual exhibitions that indicate his constant production of singularity in the regional panorama of modern art.