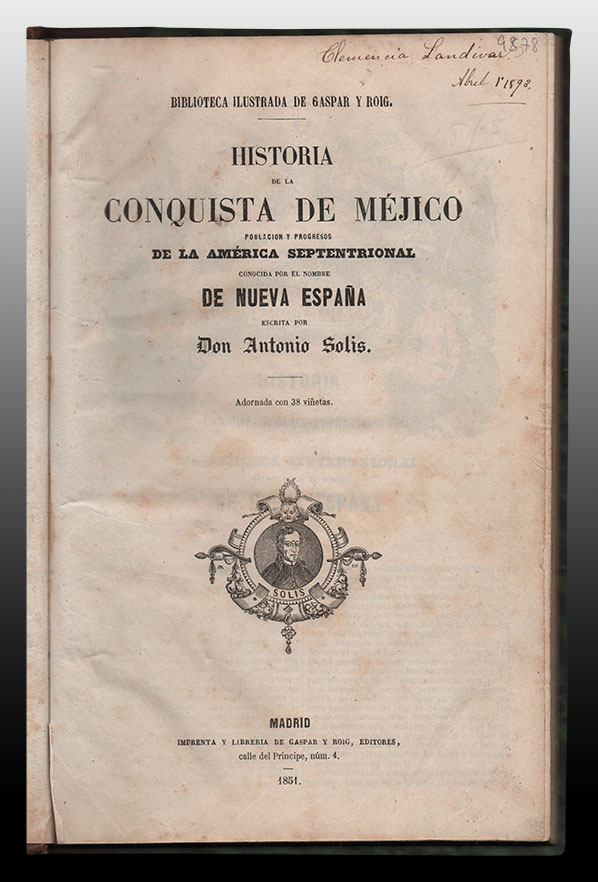 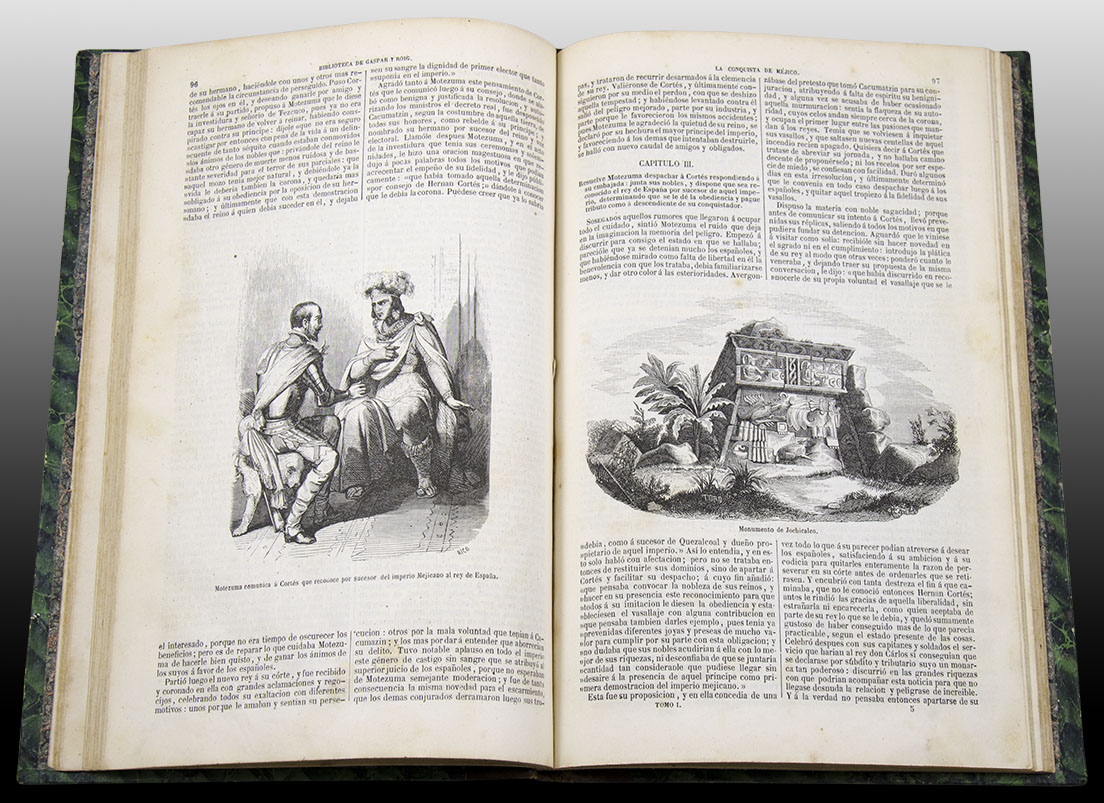 History of the Conquest of Mexico. 1851.

On the death of León Pinelo, in 1661, Antonio Solís y Rivadeneira (1610 - 1686) was appointed Senior Chronicler of the Indies. His great work, the History of the Conquest of Mexico... was published in Madrid in 1684. This title made him famous as a historian and a great essayist, since his delicate pen was adopted as a model among chroniclers and travelers that happened to him.

The work now offered, a nineteenth-century edition done very elegantly with the illustrations interspersed in the text, shows the interest of his chronicle over the years.