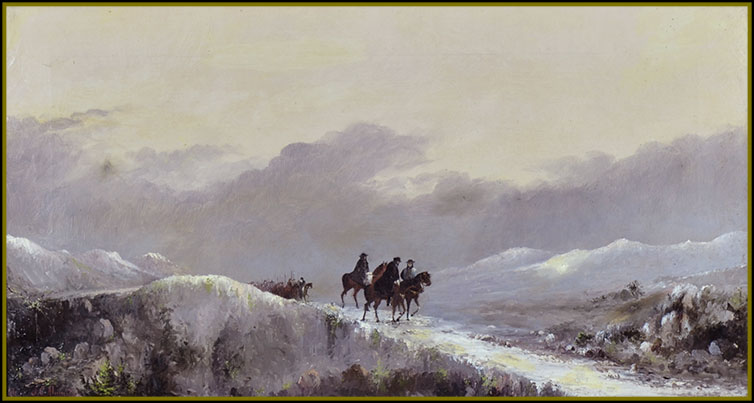 From J. [Juan?] C. Almandos some landscapes made in the 20th century are known, but they have no interest in view of the pictorial quality of this painting about Miguel Martín de Güemes, in which the landscape is preeminent over the historical account.

We are dealing with an early work of the iconography of the Salteño hero -data from 1894-, since the portrait made by Eduardo Schiaffino is on 1903, and La muerte de Güemes by Antonio Alice was presented at the Centennial (1910). In the same way, another artist from Güemesian affairs like Aristene Papi arrived in the province only in 1899. It is then a singular find for the image of Güemes, distant from his martial portrait or the charge in front of his Infernales.

One of the labels on the back corresponds to the well-known Ruggero Bossi house, where artworks were sold in the last decade of the 19th century in a widespread fashion in Buenos Aires.