IRONS AND OTHER METALS 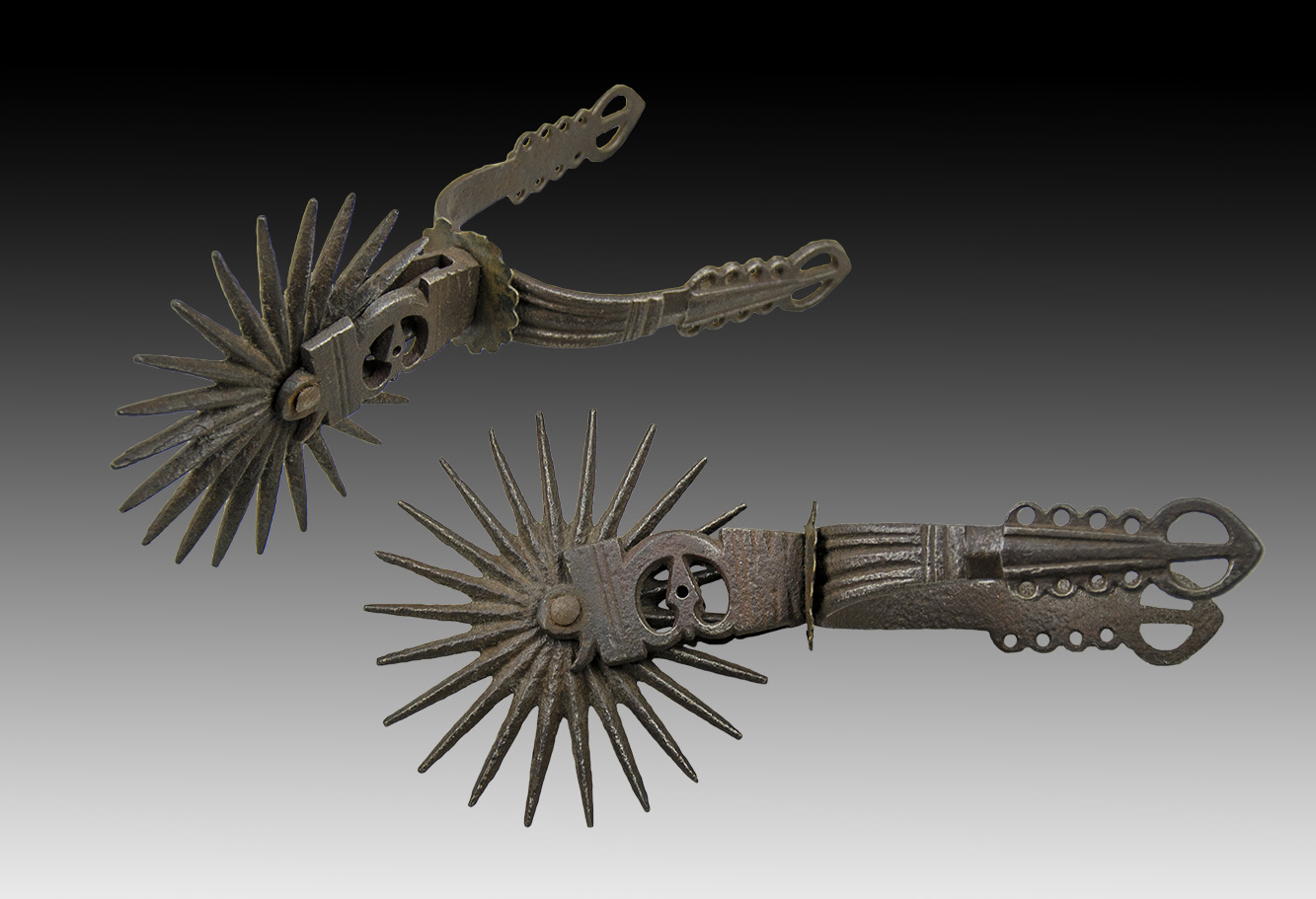 Cast in iron and chiselled, they have an arch that ends in a double scallop with decorative perforations and a final section with separate holes to pass the leather straps that hold it to the foot; in Chile using a heel pad made of metal or sole. It has a small impeller with scalloped edges between the curve of the arch and the shank; this one in a kidney-shaped and important way, just tilted downwards, supports the slice with its twenty-two long spikes. Measurements. Length: 22.8 cm. (8.97 in.) Diameter of the slices: cm. 10,6 cm. (4.17 in.).

The design dialogues with the variants brought to the continent by the Spanish - immersed in the school of the horseman - and also with the tastes brought together by the Jesuit coadjutor brothers, master craftsmen of German origin who contributed the techniques of their crafts with the Baroque forms in vogue for those years. The generous size arrived towards the end of the 18th century with the greatest economic activity among the Chilean towns; the increase in the volume of load to be transported led to larger saddles and these to larger spurs. (1)

This model in use among the trans-Andean Creole riders -the famous Chilean huaso- was adopted by the Mapuches, who cast them in silver in their most luxurious versions.