A NEW VERMEER IN XXI CENTURY. 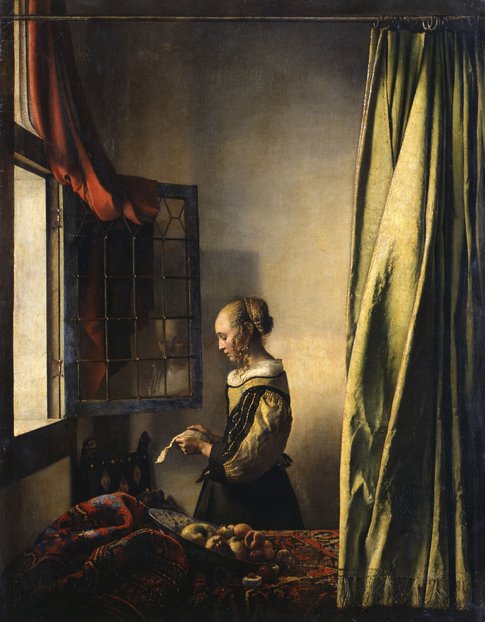 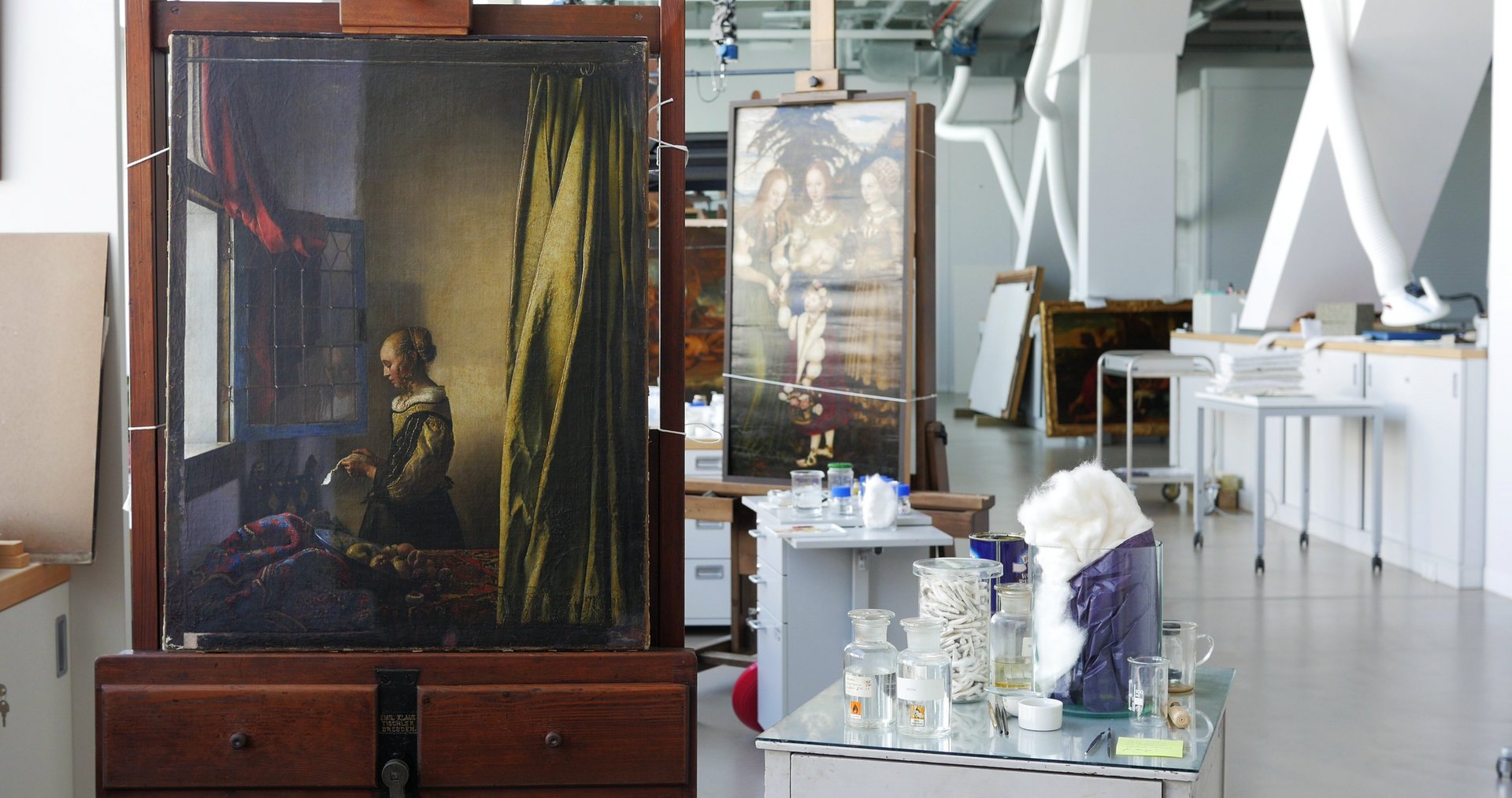 In the workshop. Ph: Jürgen Lange. 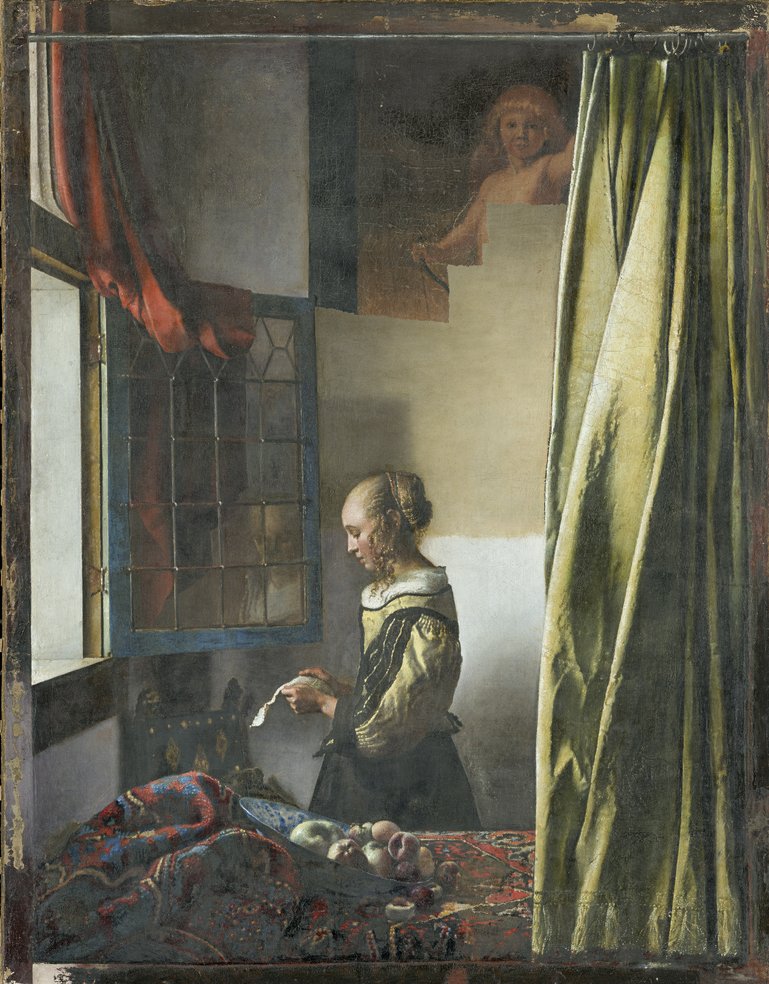 Intermediate state of restoration, as of May 7, 2019. Ph: Wolfgang Kreische. 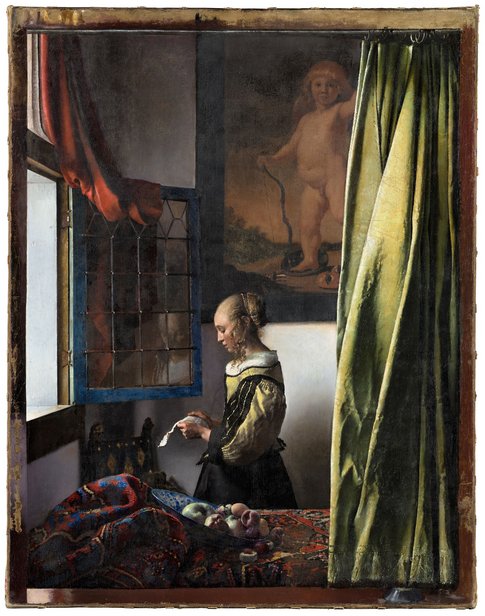 Today the fame and importance of the Dutch painter Johannes Vermeer (1632 - 1675), master of light and interiors, is unquestionable. However, this was not always the case, as he was ignored for centuries, until in the 19th century the historian Théophile Thoré rediscovered him. He today he is considered one of the most important painters in the Netherlands.

Similar avatars lived his painting "Girl reading a letter at the open window" (circa 1657-1659). In 1742, Friedrich August II, Elector of Saxony and King of Poland, acquired in Paris a set of 30 paintings from the private collection of the Prince of Carignano. Due to the importance of the purchase, it was presented with a Rembrandt oil painting, "Girl reading..." This is how the painting in question entered the Dresden collection, inventoried five years later as a painting "in the manner of Rembrandt". It took centuries for its true author to be identified.

It was staying in the Gemäldegalerie Alte Meister in Dresden (Gallery of Paintings of the Ancient Masters) when in 1859 the aforementioned historian Thoré, obsessed with the search and study of works by Vermeer -reduced in quantity, very few of his paintings are known- not only confirmed his hypothesis, but also noted that it was signed by the author. One of the riddles had been solved, but another came into view: under the white wall, above the girl's head, a figure was hidden. Was it painted and corrected by the artist himself, or was it subsequently executed, and with justice covered up? Although in 1979 an analysis with X-rays allowed to identify that it was a naked Cupid, it took another twenty-eight years for an evaluation and restoration supported by a group of international experts to be decided, increasing the analyzes with new X-rays, spectroscopies of reflectance in the near infrared and microscopies of oil paint. Along with this advanced technology at the service of art, it was precisely the tip of a fine scalpel that delicately removed the white paint that covered the Cupid, and to everyone's happy surprise, a trace of dirt mediated between both layers. pictorial. In other words, that coating had been made several decades after the work was finished, and not by Veermer himself.

A long time later -some 354 years, if we consider that the work is dated around 1657/59- this "Girl reading a letter at the open window" is exhibited again as it was painted by Vermeer. It remains in the same room where it was also kept for centuries, the Gemäldegalerie Alte Meister in Dresden, and is presented to the public in an exhibition entitled "Johannes Vermeer. In Reflection", accompanied by nine other paintings by the Dutch master.

For our part, we enjoy the images of the before, during and after the restoration. Now, in all its original splendor, several enigmas come to light. Do you dare to project your own conclusions? What does the girl read, a love letter or a farewell letter? Why is it reflected in the glass? What does Cupid represent stepping on masks, perhaps the symbol of true love?

If you are interested in delving into the subject, we invite you to watch the following video with the restoration process:

The subject of repainted paintings, witnesses no longer of the original artist but of the passage of time on them, is exciting. If we crossed the ocean to locate ourselves in our River Plate area, repaints were common in republican art, hiding the traces of political affiliations. We refer to the punctured colored emblems, obligatory in the days of the government of Juan Manuel de Rosas, which many covered in their family portraits, as we see in this oil painting from the River Plate dated around 1845.

At the same time, another element dear to universal art emerges in Vermeer's oil, that of paintings within other paintings, works within works. We invite you to read our article on Spinners by Velázquez, where the Spanish master placed behind the front scene a tapestry with the reproduction of the painting The rape of Europe, by Titian.