The Louvre finally has a woman's name. 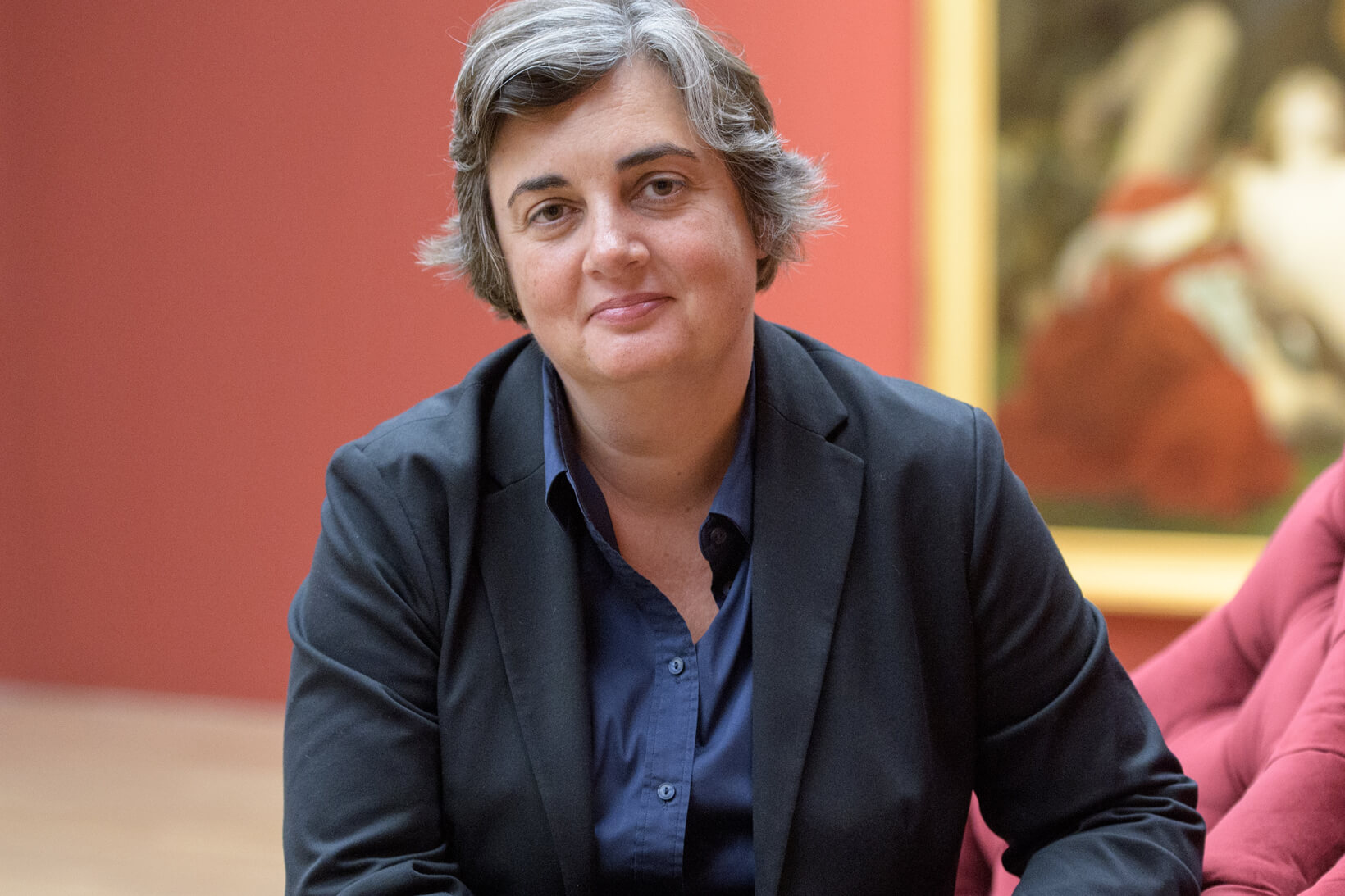 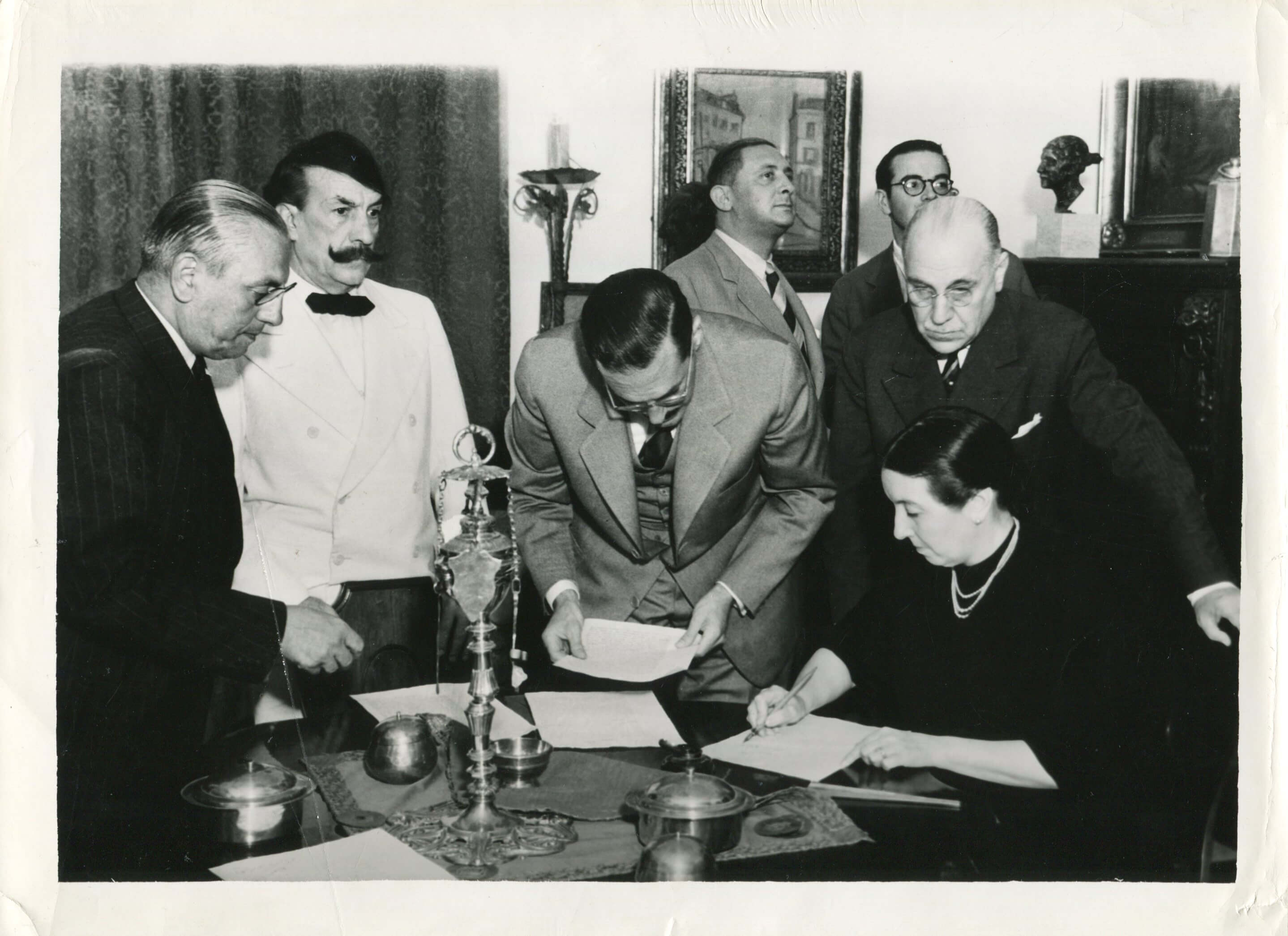 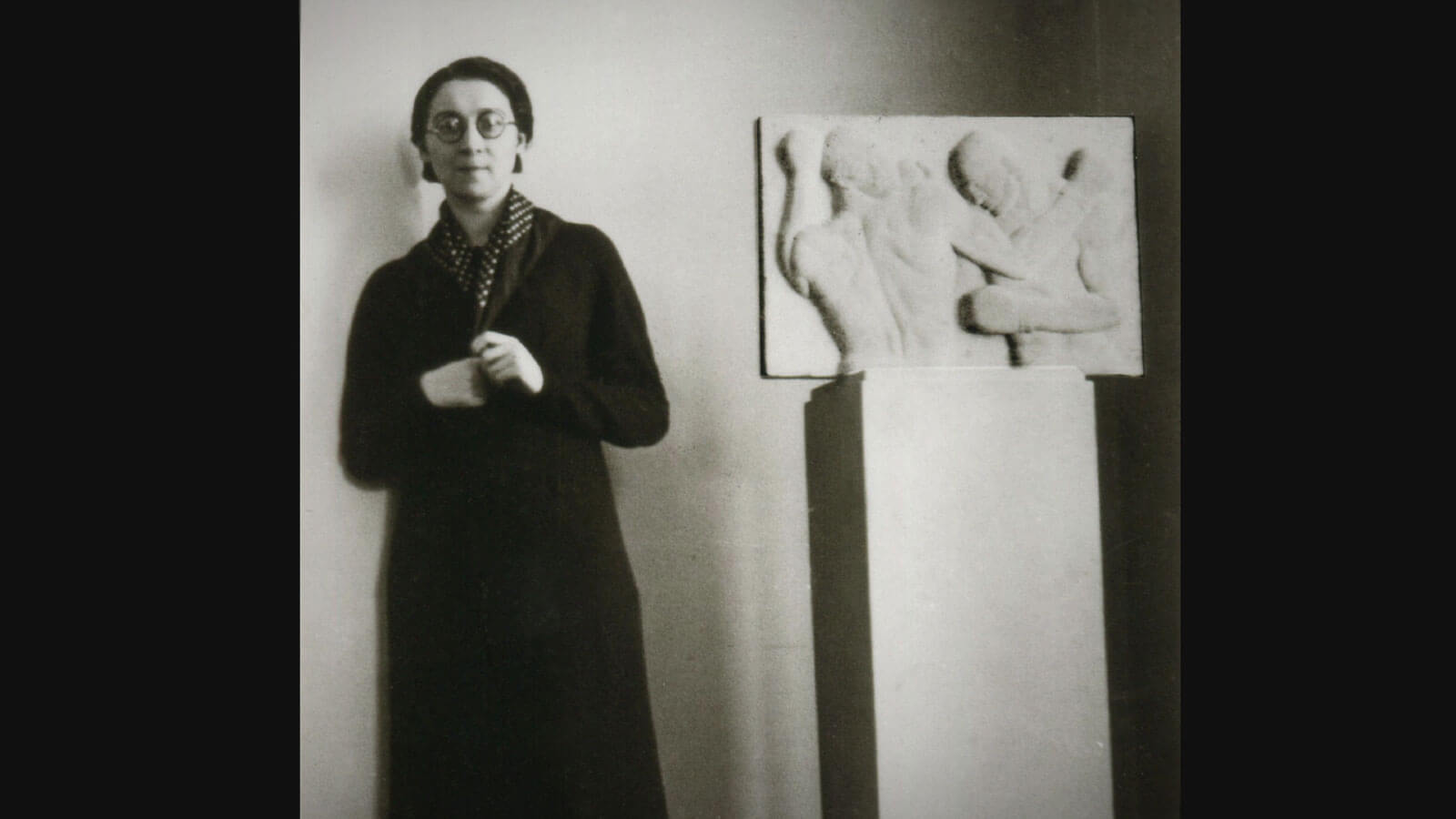 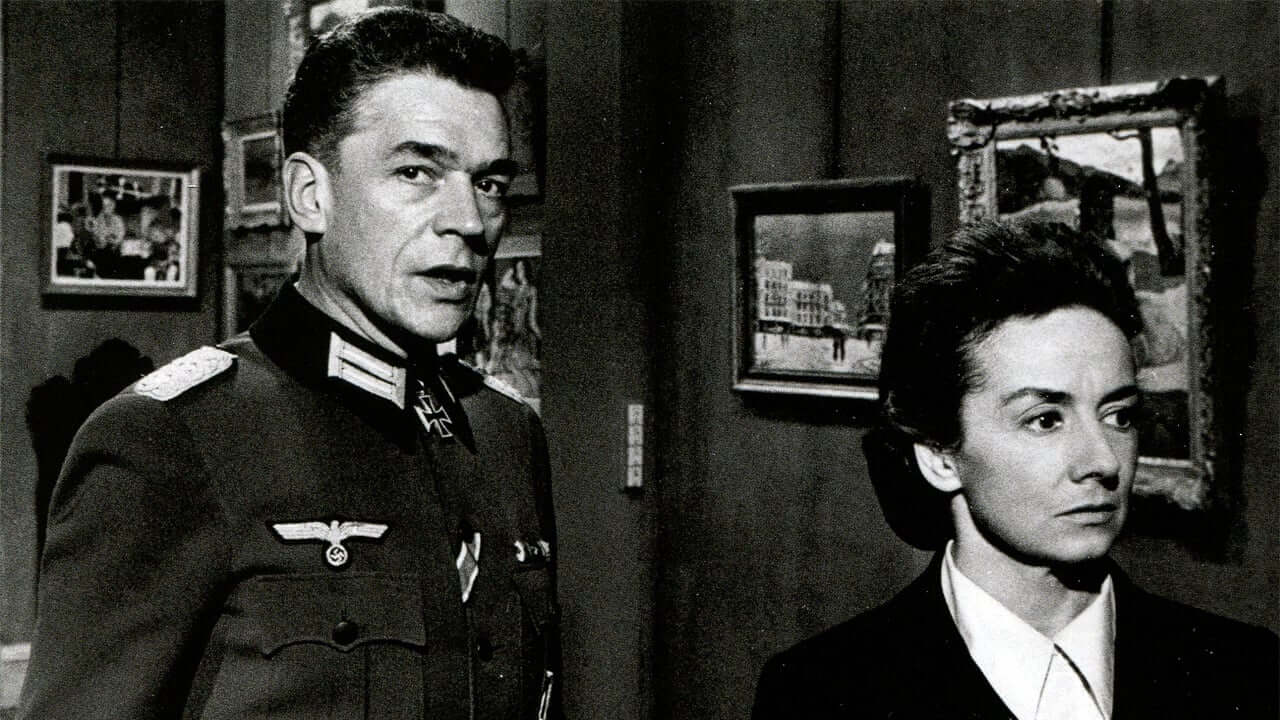 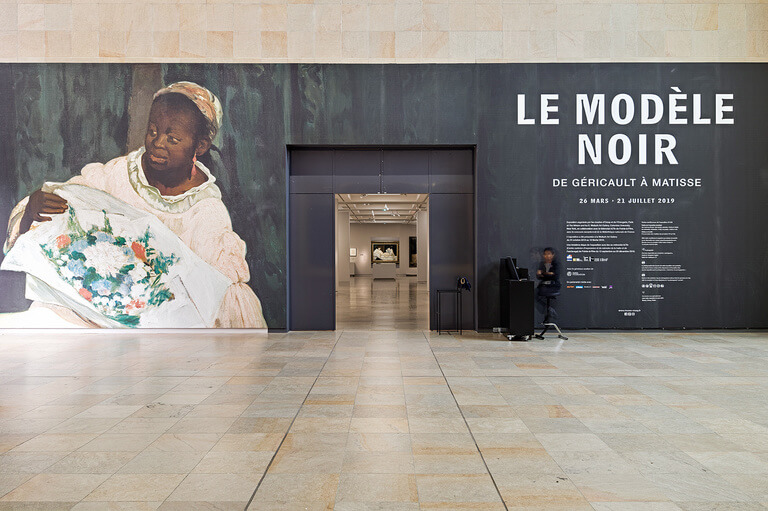 Argentinian, she holds a doctorate in History and Theory of the Arts from the University of Buenos Aires, where she also completed her undergraduate studies. She has received grants from the Getty Foundation and the Institut National d 'Histoire de l' Art. She is currently an assistant researcher at the National Council for Scientific and Technical Research, and serves as the academic secretary of the Institute for Research on Cultural Heritage (National University of San Martín). She is the author of Invisible Traces. Women artists in Buenos Aires (1890-1923) (Biblos, 2016). She is a member of the Board of Directors of the Argentine Center of Art Researchers. The National Museum of Fine Arts exhibits the sample The Accidental Canon. Women artists in Argentina (1890-1950), whose curator is Georgina G. Gluzman.

The news of the appointment of the French art historian Laurence des Cars (1966) to the direction of perhaps the most iconic of European museums spread with lightning speed on social media. Soon, many people were celebrating an "undoubtedly" feminist victory: finally the Louvre, established in 1793 as the Central Museum of Republican Arts, casts aside its centuries-old tradition of men in hierarchical positions.

The appointment of Laurence des Cars occurs in a particularly complex context, crossed both by the demands of feminism and by the debate around the decolonization of museums. What for many voices is a decidedly feminist fact, for other sectors only announces a superficial change. Let's take a closer look at these two positions, let's do a bit of history and leave the debate open.

Since the early years of the 1970s, in the historical moment of feminism that we call the second wave, women in the field of art denounced the prevailing sexism in all areas of that world. Feminism called for the inclusion of women artists in the research agenda, equal access to awards, and the promotion of professionals in the field of art to positions of authority. In recent years, we have witnessed a growing interest in women as artists on a global level. But, little attention has been paid to the past and current contributions of researchers and educators in the field of art history, and the decision-making system has been left in male hands.

What discrimination mechanisms have acted and continue to act to prevent art historians from accessing places of visibility? The concept of "glass ceiling", that set of invisible barriers that makes it difficult for women to consecrate themselves in any field, is linked to prejudices around female capacities, with the double shift of many women (on whom falls most of the housework and care tasks) and with the lack of clear policies to ensure equal representation in the places of power takeover. While the vast majority of art history students are women, as we rise to senior positions, women tend to become increasingly rare: indeed, few art institutions are headed by women.

In our country, the leading figure of the artist Lía Correa Morales (1893-1975) marked the entry of women into the field of directing a fine arts museum under the orbit of the national State: the Yrurtia House Museum, in the 1950s. In the 1970s, Noemí Lozada reached the highest position in the National Historical Museum of the Virrey Liniers House, in Córdoba.

The elusive recognition of the sustained activity of women in the cultural field is not the property of our history: it is a fact that is verified at every step, along the path of historical revision. Without moving away from the French case, the figure of the extraordinary Rose Valland (1898-1980) is paradigmatic. Valland painstakingly recorded the looting of cultural property from Jewish families that the German occupation carried out. Responsible for the collections of the Jeu de Paume in Paris, Valland was at the center of the works theft operations: the museum had become a repository for works that were later taken to other places. Thanks to her action in the Resistance, the allies did not bombard the destinations that Valland had managed to identify. Although she held important positions and received honors, Valland could never dream of running a museum and her legacy was blurred. Her autobiographical book Le Front de l art. Défense des collections françaises (1939-1945) served as the basis for the Hollywood classic The Train (1964), where the real heroine appears for only a few minutes.

Faced with a history of silence and oblivion, the appointment of Laurence des Cars seems to herald a change of direction. But, this turnaround occurs precisely at a time when museums of universal ambition and with collections formed in the heat of colonialism are in the dock. How to decolonize this space, sustained by the cultural appropriation of objects in the imperialist context? How to give a voice to groups traditionally excluded from the institution? How to ensure that the museum's team of professionals is truly diverse?

The creator of the influential podcast Vénus s'épilait-elle la chatte ?, French art historian Julie Beauzac wrote on her Instagram account: I don't have much to say on this topic. I think I'm a little tired of finding that everything is fantastic since there is a woman. She is a white and bourgeois woman, something that she does not really question much. And yet, Beauzac herself reflected that any official is better than the questioned Jean-Luc Martinez, outgoing director of the Louvre and defender of the notion of cultural exchanges as a means of entry for works from distant cultures throughout centuries of imperialism.

The debate is open. How does the appointment of a woman alter the status quo? In the case of a professional like Laurence des Cars, responsible for bringing together the African-American historian Denise Murrell for the exhibition Le modèle noir de Géricault à Matisse at the Musée d'Orsay, the changes could be of enormous importance.