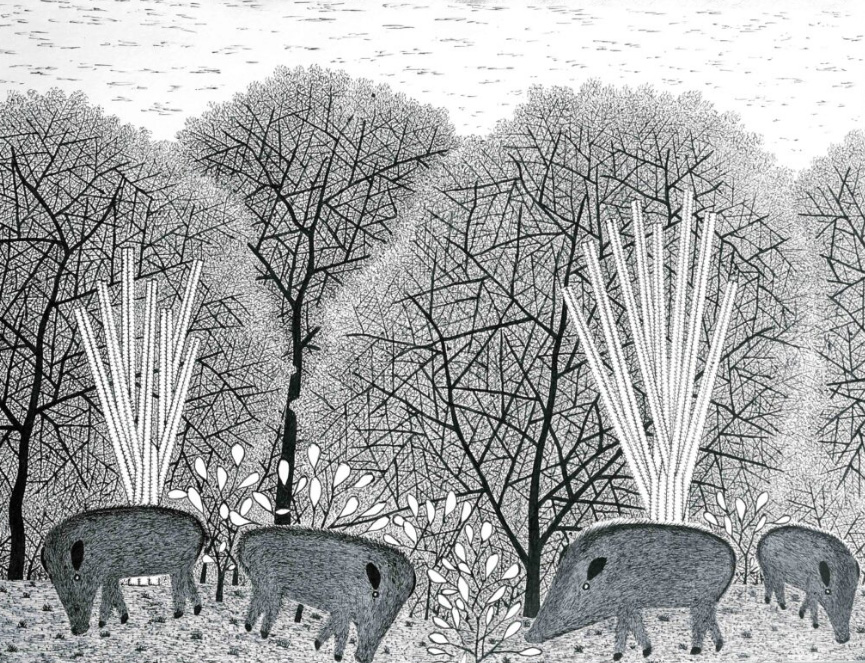 In the voices of Ticio Escobar, and Verena and Ursula Regehr.

Every loss of an artist is a pain that transcends, and even more so when it comes to an indigenous artist. Marcos Ortiz, born in 1952, belonged to the Nivaclé people and as such, built his world around the carving of palo santo and for years, drawing, which he sold in his own community when they visited him, or in exhibitions where he reached interest of curators and collectors.

With his departure last April, the Centro de Artes Visuales / Museo del Barro, in Asunción, expressed its feelings in the voice of Ticio Escobar, its director: Marcos belonged to a group of cartoonists who, from the first years of this century they renewed the concept of indigenous art in Paraguay and, I would say, of drawing in general. His works, collected by Verena Regehr in the context of a project to promote indigenous culture based on its aesthetic values, make up a consistent corpus that is constantly growing with new additions and formal and expressive approaches. 

The look of the art critic and cultural manager, Ticio Escobar, allows us to appreciate the qualities and singularities of his work. Enrolled in this group since 2013, Marcos Ortiz's drawing is developed from a refined handling of figuration, different from that of Western representation. His images freely cross the borders between reality and its representation, the graphic and the plastic, the stylized and the realistic, employing with surprising ease techniques and formal styles developed beyond the conventional categories of drawing. 

The great concern of Marcos Ortiz, the link between the human subject and his natural environment, as well as the risks of the environment, raise delicate black and white and, at the same time, intense worlds provided with their own luminosity that exceeds the scope of the conventional drawing and its oppositions between form and background.

"His departure from him constitutes a loss and a reason for mourning for the art of our country." -said Ticio Escobar with pain and emotion.

He attended elementary school up to sixth grade and the need to earn a living forced him to travel to different places in search of work, writing the first section of his personal history as a carbon copy of the one traveled by so many aborigines. Installed in Yiclôcat, a neighborhood built near the Mennonite village of Sandhorst in the Neuland neighborhood, Marcos Ortiz first learned to carve palo santo wood and over the years he turned his gaze to the mountain and its creatures, the peccaries in particular, towards drawing, reaching a singular artistic personality. Others go to hunt it -he assured- I go just to look. I watch the peccaries and after a while I have their image in my mind.

In a claim for his freedom, he stated: People like my drawings. When tourists come they buy the most beautiful drawings. Drawing is my job, it gives me money. If I don't sell drawings, I don't have anything to eat. I don't work for a Mennonite patron, I just draw. It's a job I can do at home." (1)

In mourning for Marcos Ortiz.

In his farewell, the anthropologists Verena and Ursula Regehr, creators of the collective Artes vivas -whose group Ortiz had joined in 2013-, drew a portrait of the artist. (2)

They described him busy in his drawings of the peccary -the avoctsej and the vojo- and also of the tjats'i (skunk). He used to represent them in the bush, looking for food. He has created amazing variations on these motifs. His line drawing was extremely fine and resulted in filigree representations with very beautiful details. Also with the success and increasing demand for his drawings he always continued to draw with calm and dedication. As he expressed, his desire was to do well. The lucidity, precision and finesse of his drawings show that he achieved it." 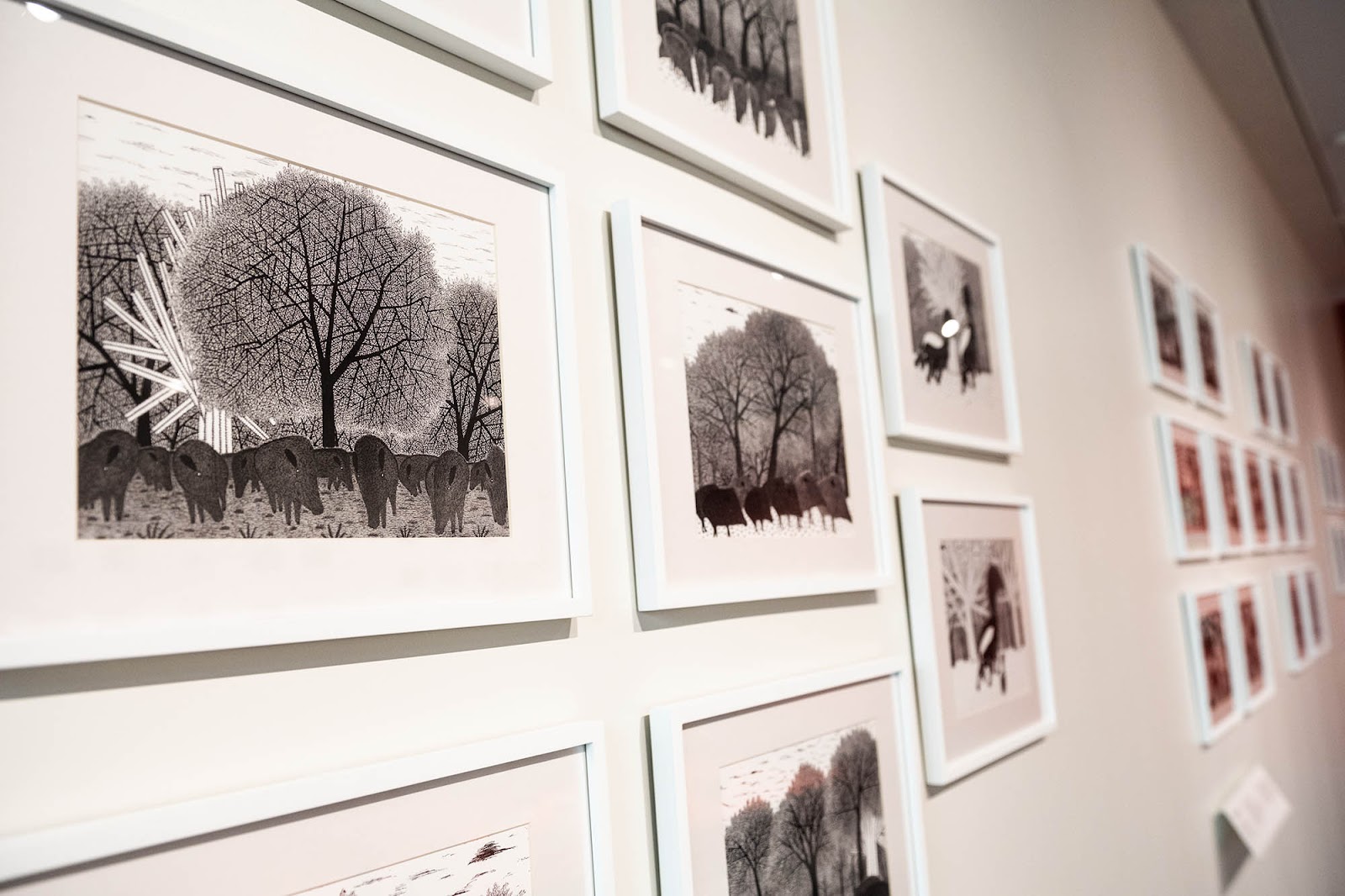 His work was exhibited at the Centro Cultural La Moneda, Santiago de Chile, within the framework of the International Biennial of Contemporary Art (BIENALSUR). Photography: CC La Moneda, Chile.

Now, he was unexpectedly ripped from life in the middle of his artwork. And the realization of one of his dreams, the construction of a house, remained unfinished.

As a member of the collective and as a friend, we are going to miss a lot. -they lamented. We met him as a very calm, sincere, kind and happy person. His drawings remain as testimonies of the beauty of his thought and his form of expression. His presence remains in our hearts and we will always remember him."

2. We thank Ticio Escobar for the farewell text by Verena and Ursula Regehr, which we edited in its central sections.