Uruguay at the Venice Biennale 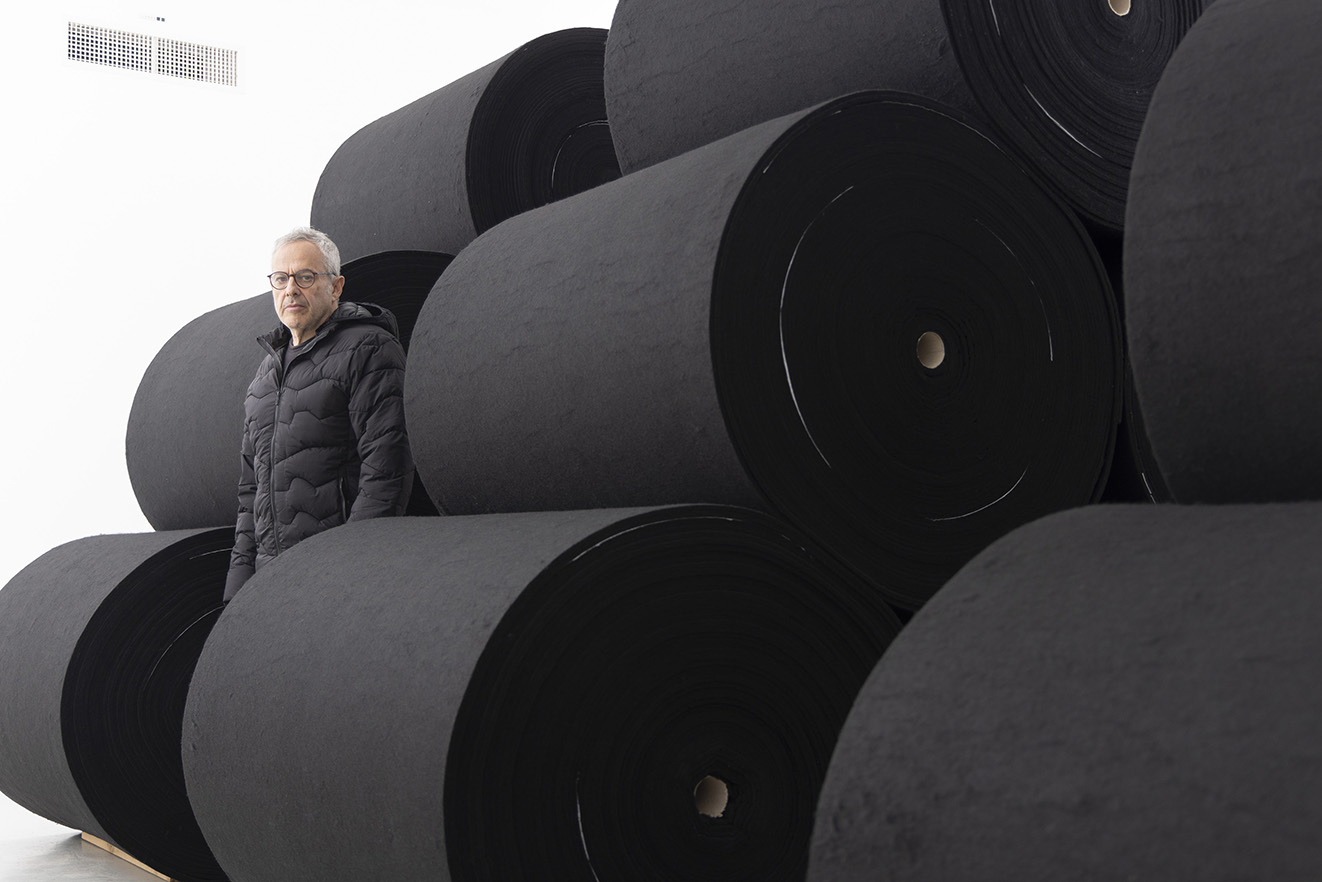 The artist, Gerardo Goldwasser, next to his work, Persona, at the 2022 Venice Biennale. 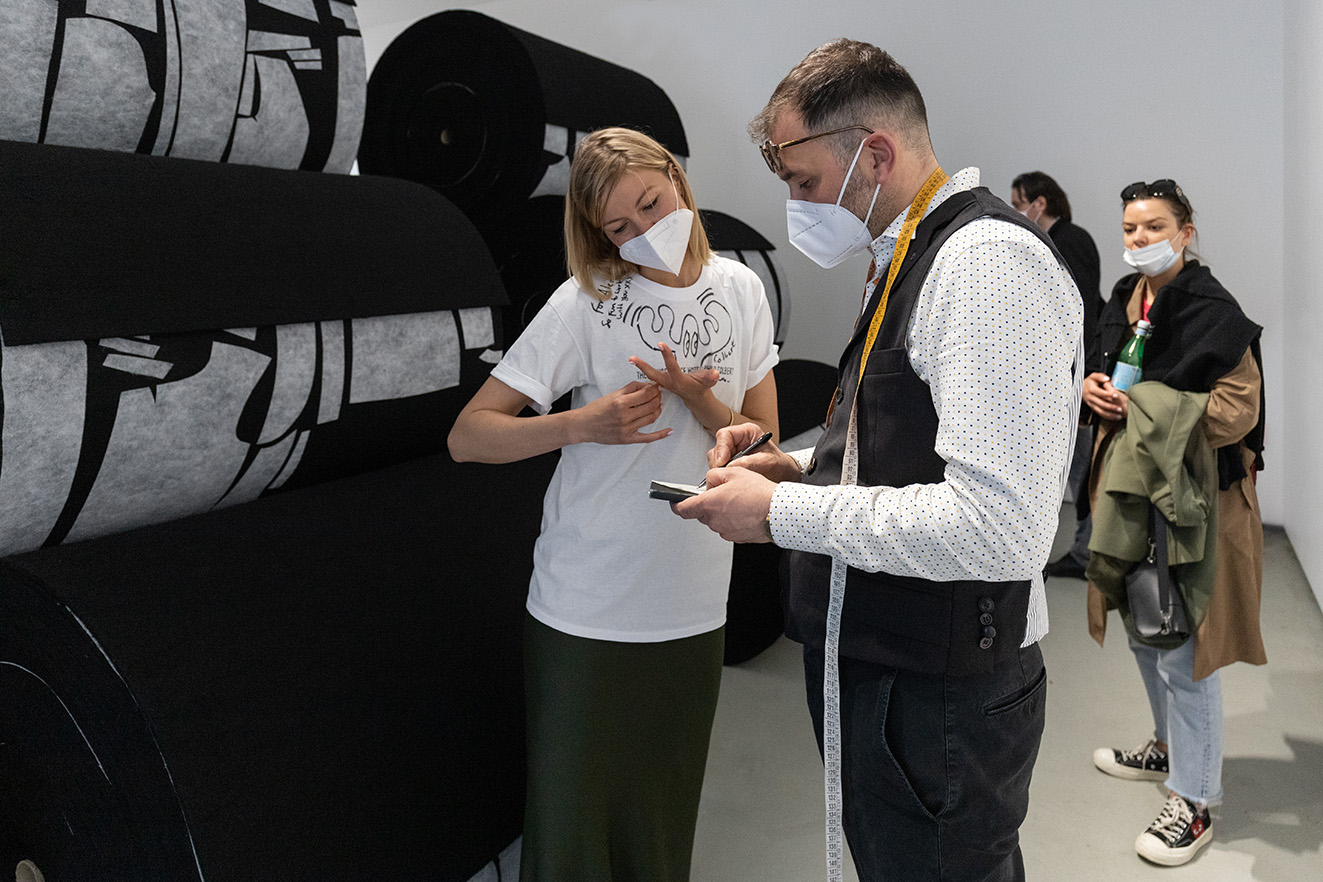 A Venetian tailor gives his size measurements to a visitor, in a performance part of the work. 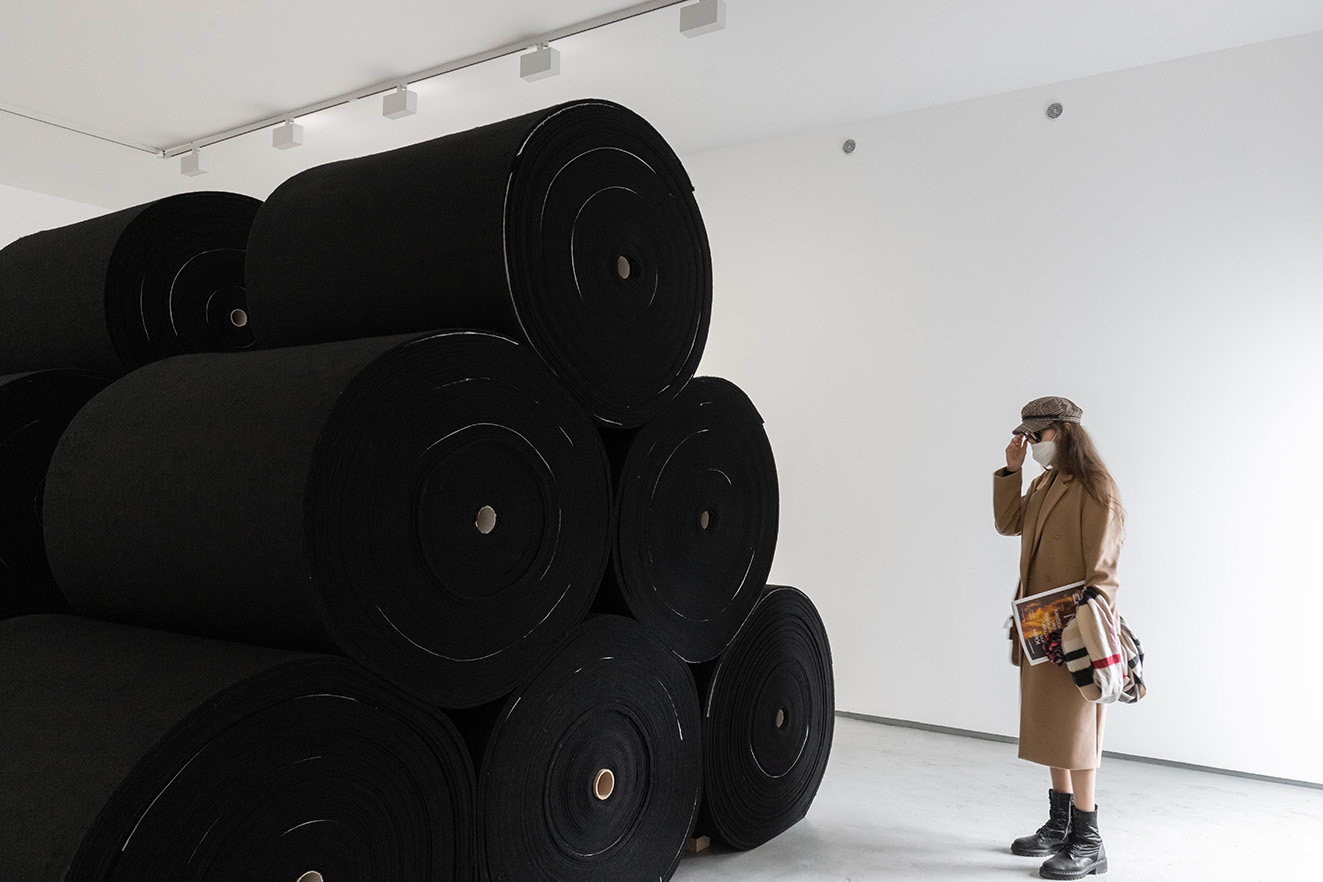 The uniformity of the color challenges. Persona, in the Uruguay Pavilion.

Based in Argentina since 1974, she is a specialist in Latin American art and visual culture of the 19th century. She has a doctorate in Art History from the University of Buenos Aires, she is a member of the National Academy of Fine Arts of Argentina and is a principal investigator of the National Council for Scientific and Technical Research (CONICET). She is currently dean of the School of Art and Heritage of the University of San Martín, where she has been a professor of Argentine and Latin American Art and of Theory and Historiography of Art.

I have lived on the sidewalk in front of the Río de la Plata for a long time, but my bond with Uruguay, the place of childhood and adolescence, always remains strong. Thus, when a little more than a year ago Pablo Uribe and Gerardo Goldwasser proposed that I work together for the contest that the Ministry of Education and Culture of Uruguay would open at some point to choose the submission to the 59th Venice Biennale, I happily accepted. Pablo and I will collaborate as curators for the shipment of Gerardo Goldwasser, an artist who for about 30 years has been displaying a very consistent and original work, based on the family trade of tailoring. His grandfather, a Jewish tailor who arrived in Montevideo shortly before the outbreak of World War II, had been a prisoner in the Buchenwald concentration camp and had saved his life thanks to his trade, making uniforms for his Nazi killers. The anonymous uniform tailoring manual, without edition data, which he inherited on the death of his grandfather, led him to think of a work in collaboration with his father and his uncle. Family tailoring is at the center of Goldwasser's work, which proposes a profound reflection on the standardization of bodies, average measurements, the laws of maximum use of space, the tension between people and their desire for distinction, and the devices uniformizers also between arts and crafts, bodies, history and trauma.

The experience was very transformative for the three of us: curators and artist, because we took that family memory of Goldwasser to speak for the memory of the world and the great trauma of the war, to the city that was the cradle of fashion in the West, the door entrance of oriental luxuries, fortunes and rich fabrics, the desire for distinction and also for anonymity of merchant sailors and courtesans... the city of masks, the one of the highest distinction and the most ingenious deceptions.

The Uruguay pavilion is small in size but it has been in a very distinguished neighborhood of the Giardini, for more than half a century. There, with a gigantic and silent installation, of rolls of black cloth with the molds of uniforms from the cutting tables, with an immense row of black sleeves (the Salute), some rigid rules, Goldwasser alludes to the memory of that gigantic project destruction of people that was Nazism. He reigns silence and the absence of colors. But at the same time, a large mirror that welcomes the visitor at the entrance introduces the individuality of each person who enters there, as the only note of color and movement, and a Venetian tailor takes our measurements in a performance that once again reminds us that we are people. unique, and he gives us delicately written those our unique measurements on a piece of paper...

Person, the shipment is called, and in a world once again shaken by war, right in front of Russia's pavilion, abandoned by its artists and curator  who gave up exhibiting art while their country waged war, our pavilion stands, silent, as a personal statement against wars, all wars, a reflection on the past shot into the future.