THE PRESENCE OF THE SCULPTOR FELIPE DE RIVERA IN SALTA, SANTIAGO DEL ESTERO AND CÓRDOBA (ARGENTINA) IN THE 18TH CENTURY. 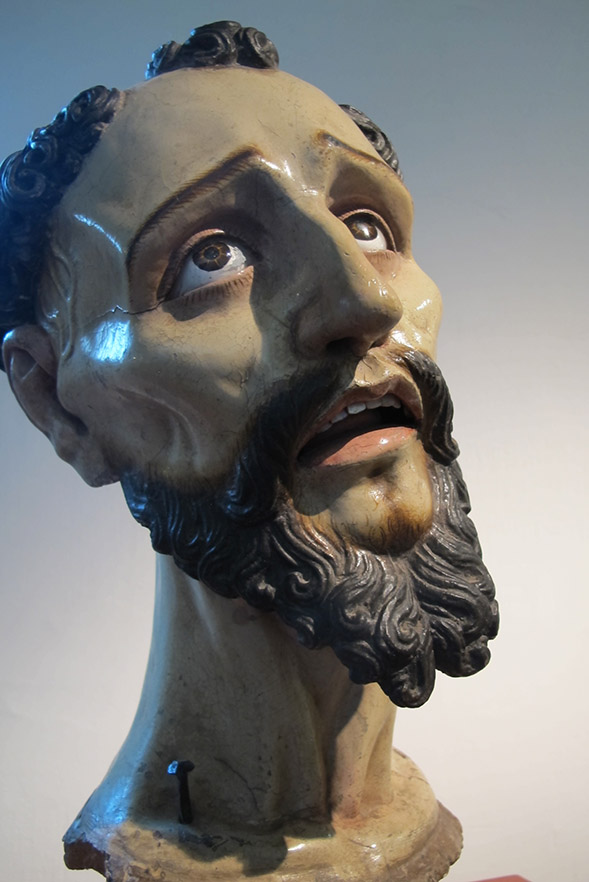 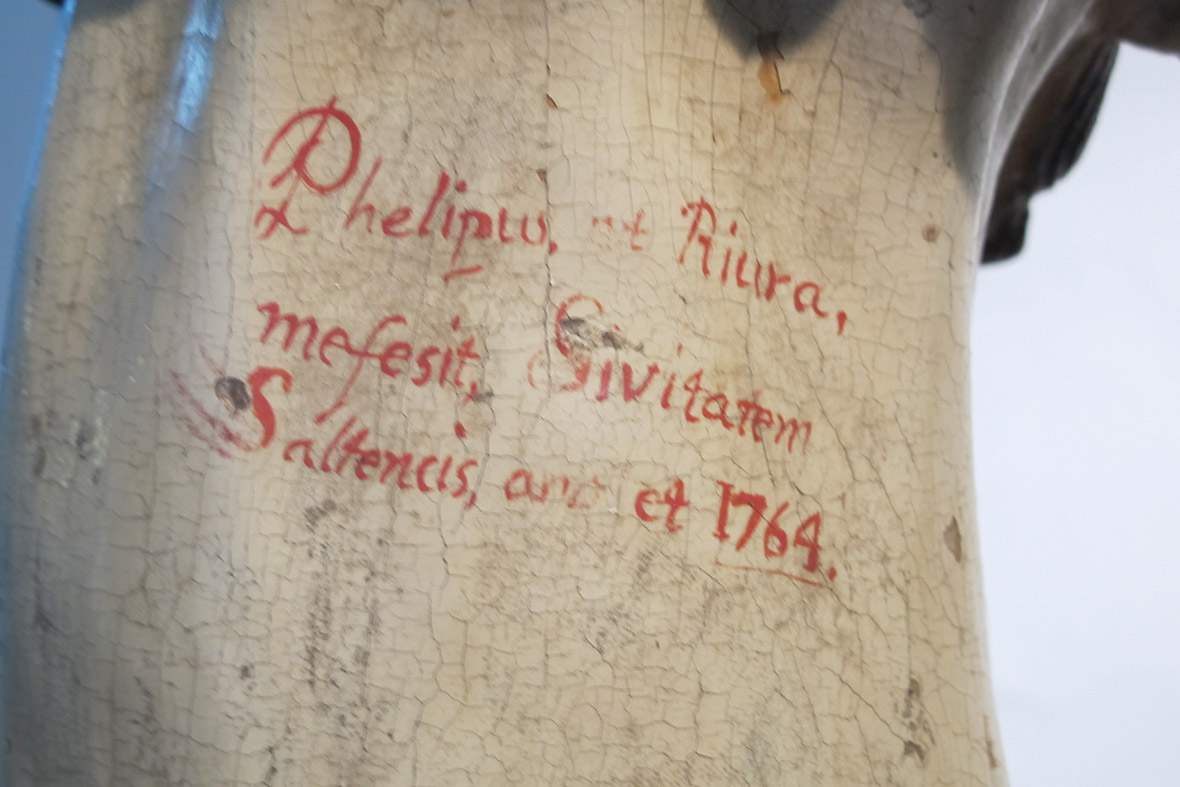 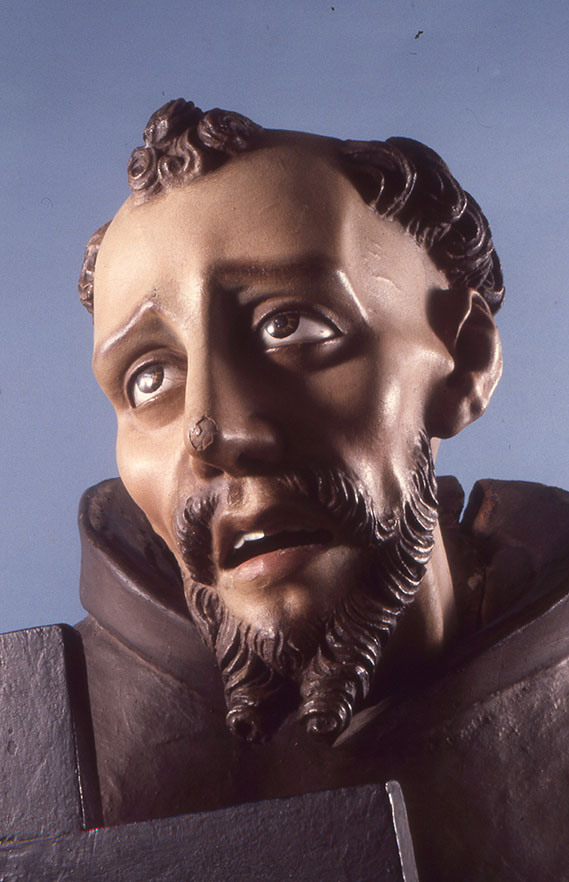 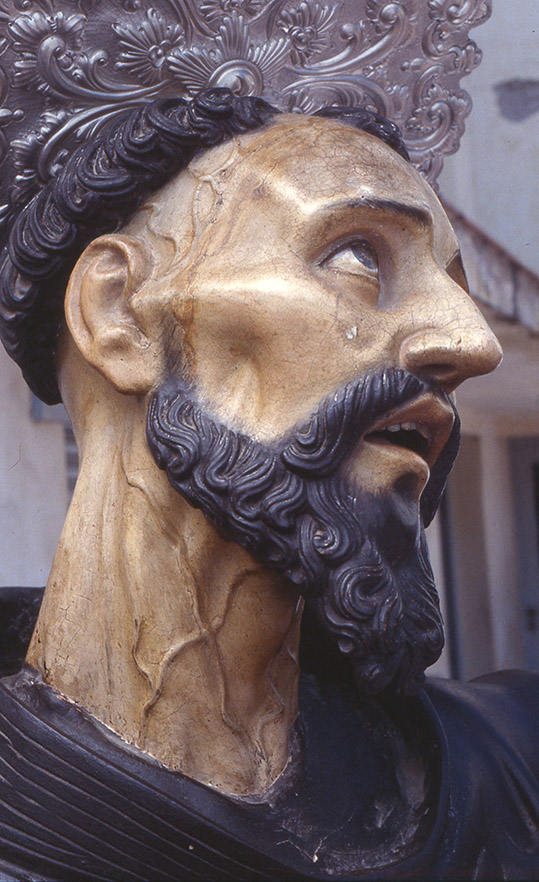 At the beginning of this year, the National Commission of Monuments, Historical Places and Cultural Assets entrusted me with the task of analyzing, investigating and documenting the rich heritage of the "San Francisco Solano" Museum in the city of Santiago del Estero because there is a project for a new museography.

Several heads of saints, of the Virgin and of Christ, from the 18th century, from Peru, Upper Peru and Northwest Argentina, worked in wood and paste, with glass eyes and original polychromes that formed part of images of candlestick, that is, full-length and dress figures. 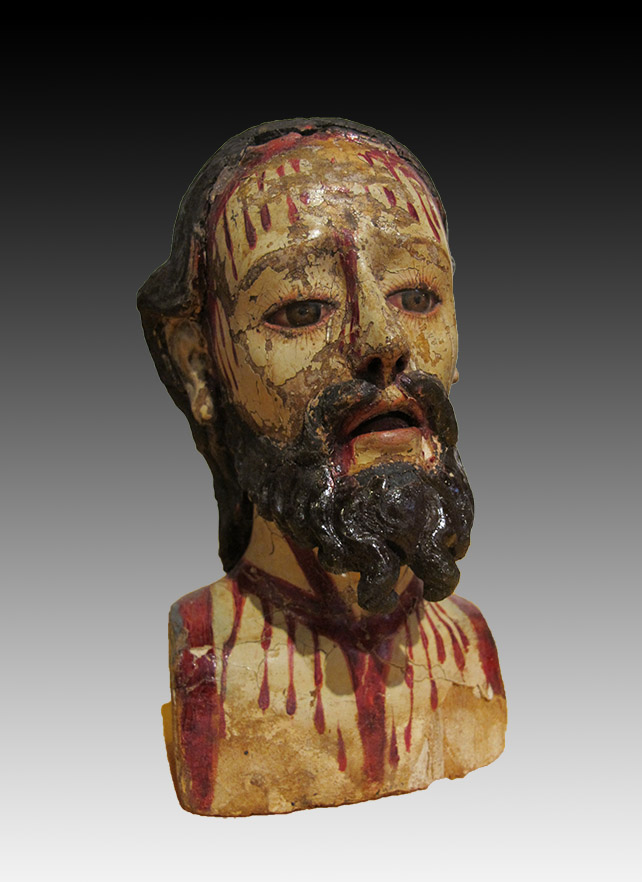 A "Lord of the Judment", a "Stigmatization of San Francisco de Asís", a "Jesus Christ", a "Saint Peter in the cathedral" and a "Nazareno" of only 17 centimeters that have glass eyes, a mirror palate and mother-of-pearl teeth.

However, the work that stands out from the group for its quality and drama is the head of San Francisco de Asís signed and dated in 1764 by Felipe de Rivera. Héctor Schenone published it in the General History of Art in Argentina collection and stated about the style of this master, that it responds to the typologies spread by the Andean workshops from the second half of the 17th century, and that they are the result of an adaptation of the Sevillian modalities coming from Lima". (1)

In the book published as a result of the research that we undertook in the province of Salta in the 1980s -the Survey of National Artistic Heritage for the National Academy of Fine Arts-, Iris Gori and the writer, within the heritage of the church of San Francisco in the capital city, we incorporated another work by Felipe de Rivera (2), a Saint Francis of Assisi that, we assumed, was also manufactured in a date close to 1764 and that due to a later repainting, possibly from 1869 (3), the signature of the saint was covered; Rivera signed on the back of the neck.

In the same church, we attribute to Maestro Rivera the image of a full-length San Pedro de Alcántara; in it the expressive language of the image-maker is reiterated: the inclination of the head, the thinness of the face that makes the high cheekbones stand out, the deep-set eyes, the gesture of the mouth, the way of carving the hair, the beard and the veins that run through the neck, and also has mother-of-pearl teeth, as in the other two images. (4)

A few years later, when we carried out the same work in the province of Córdoba -always for the National Academy of Fine Arts-, in the convent and church of Santo Domingo in the capital city, we found another Saint Francis of Assisi with the indication of the author painted on the back of the neck and in red characters, like that of Santiago del Estero, but dated 1762. (5) In this case it reads: "Phelipe, / Ma (...) todos (...) /A efte Santo , año de 1762" (here the repainting has respected the original text). Although Rivera's signature does not appear on this carving, the comparison with the other works allows us to relate them. Regarding his style, Schenone wrote in the cited text: "The master we studied was, without a doubt, a good sculptor, who used sculptural resources in a personal way, which will allow in the future to identify other works of his. . (6) 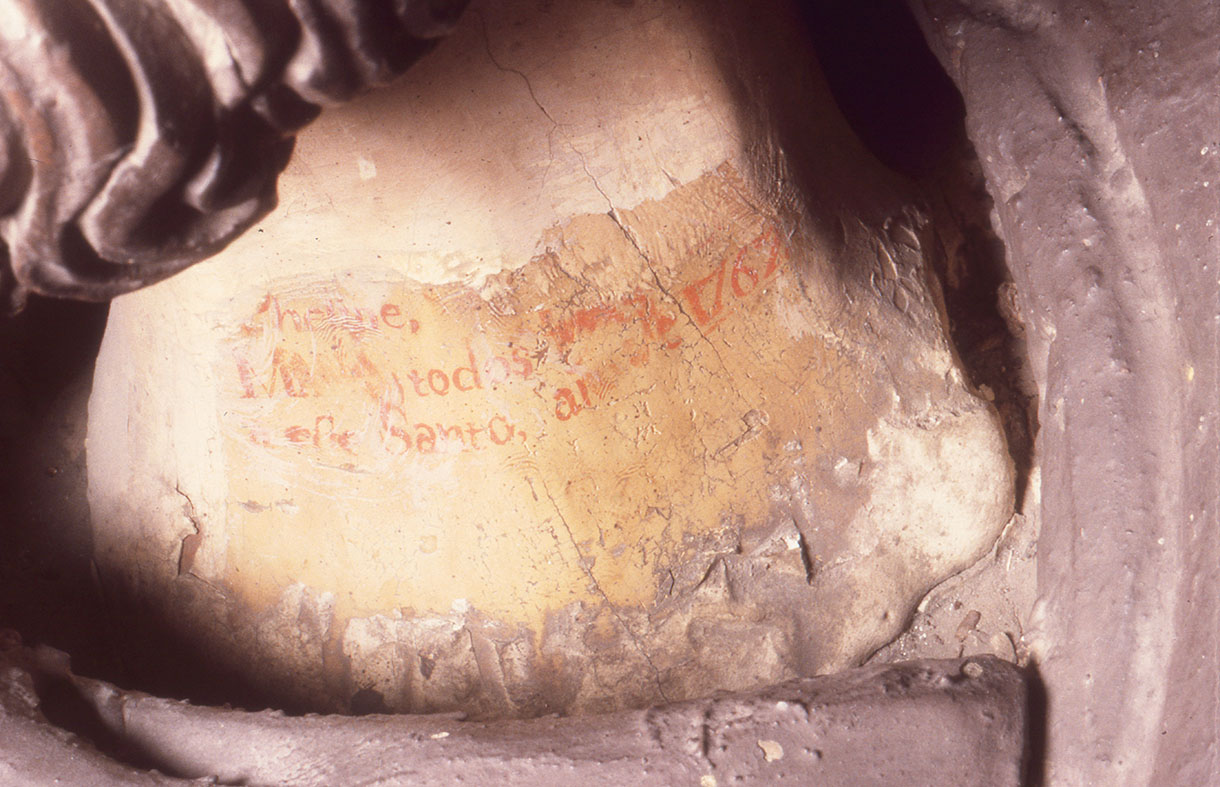 Saint Francis of Assisi (detail with the signature on the back of the neck). Felipe de Rivera, 1762. Church and Convent of Santo Domingo, Córdoba. Photography: Sergio Barbieri.

Salta's head bears the text on the nape: "Philipio at Rivera me fesit Sivitatem Saltencis an et 1764". Because the phrase is written in Latin, it lends itself to confusion, because it does not say "in the city of Salta", nor "for the city of Salta". This makes it even more diffuse to know where Rivera developed his activity.

The two images from Salta have bodies of glued cloth and the one from Córdoba has carved wood, whose invoice we attribute to Esteban Sampzón who made the only signed sculpture that is preserved, a Penitent Santo Domingo (currently in the Fernández Blanco Museum in Buenos Aires).

Towards the end of the 18th century, Sampzón lived and worked in the convent of Santo Domingo de Córdoba and declared that he was a sculptor by profession and an Indian from China.

From what has been said, we assume that Felipe de Rivera was a magnificent carver of heads and hands. Of him and Sampzón we have not found in the archives of the convents or in the provincial ones any other information than what we publish.

3. Iris Gori and Sergio Barbieri: Ob. cit. 1988, p. 155. In the Factory book of the San Diego school, of December 1869, kept by Father Luis Giorgi, on folio 40 it says: Payments to Francisco Ortega for paintings of the Saints of the Church - 65 $. This would seem to justify the reason for the lack of Rivera's signature in this image, since it is likely that it has been covered by repainting."

5. Iris Gori and Sergio Barbieri: The Order of Santo Domingo in Córdoba. Government of Córdoba, 2004, p. 75.